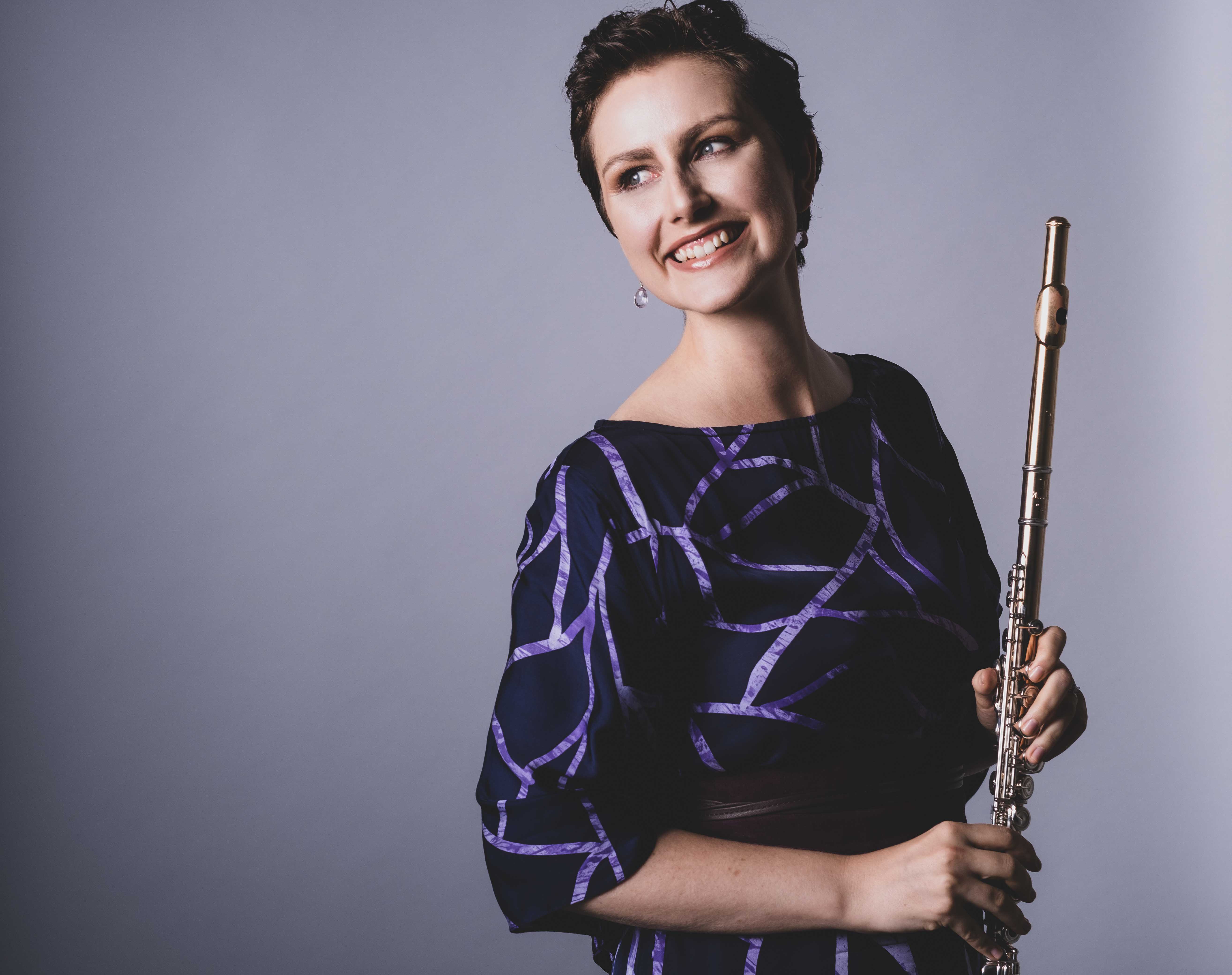 Australian flutist Catherine Gregory enjoys a diverse career as a soloist, chamber musician, orchestral player and teaching artist. The New York Times has called her playing “magically mysterious,” also writing that “Ms. Gregory left a deep impression… her sound rich and fully present.” She has performed at The Kennedy Center, Alice Tully Hall, Los Angeles County Museum of Art, the Barbican Centre in London and at the Lincoln Center Festival, and last season, made her recital debut at Carnegie Hall. Winner of the 2018 Pro Musicis International Award, Gregory has appeared at the Dame Myra Hess Memorial Concerts in Chicago and the National Gallery of Australia. She has served as guest Principal Flute of numerous orchestras, including Orpheus Chamber Orchestra, the American Symphony Orchestra, and the Malaysian Philharmonic Orchestra.

A champion for the flute as a versatile solo, chamber and orchestral voice, Catherine’s repertoire spans from the Baroque to the present day. She has enjoyed meaningful collaborations with contemporary composers and has premiered works by composers such as Sarah Kirkland Snider, Timo Andres, Valerie Coleman, Missy Mazzoli, Brad Balliett and the premiere performance of Du Yun’s Pulitzer Prize winning work, Angel’s Bone.

Catherine is a sought-after chamber musician who has performed for numerous distinguished series, such as the The Chamber Music Society of Lincoln Center and Philadelphia Chamber Music Society, the Caramoor music festival and heard live on ABC Classic FM (Australia), WFMT Chicago, WQED Pittsburgh and KUSC Los Angeles.

Catherine served for three years as Co-Artistic director of Decoda—Affiliate Ensemble of Carnegie Hall and Resident Ensemble for Creative Performance at the Guildhall School in London. Passionate about connecting all communities through music, her Just Breathe initiative provides interactive performances for cancer patients to provoke, stimulate and harness their creative expression throughout their treatment journey. Catherine is an alumna of Ensemble Connect: A Program of Carnegie Hall, The Juilliard School and The Weill Music Institute in Partnership with The New York City Department of Education.

For two years, Catherine was an interim Artist-lecturer in Flute at Moravian College, and has been the Flute Faculty member for the Decoda Skidmore Chamber Music Institute, an annual summer program for young artists. Additionally, Catherine has been invited as guest artist and teacher to the 10th International Flute Festival of Santiago, Chile and has given master classes and workshops at numerous institutions, such as the Queensland Conservatorium, Griffith University (Australia), Lawrence University, the Guildhall School of Music and Drama in London, The Curtis Institute of Music, The Hartt School, and Vassar College. In the Winter of 2020, Catherine served as guest Lecturer in flute at Lawrence University, Conservatory of Music. She brings to all this teaching the full perspective of a diverse and active performing career.

In her native Australia, Catherine studied with Gerhard Mallon at the Queensland Conservatorium, Griffith University, from which she earned her Master’s degree (and additional studies with Sally Walker and Geoffrey Collins) and the University Medal. The recipient of numerous awards, Catherine has been a Fulbright Scholar, a Brisbane City Council Emerging Artist’s Fellow, and an American Australian Association’s Dame Joan Sutherland Fund grantee. She first came to the United States as a Fulbright Scholar, studying with Alberto Almarza and Jeanne Baxtresser, earning her Artist’s Diploma at Carnegie Mellon University.