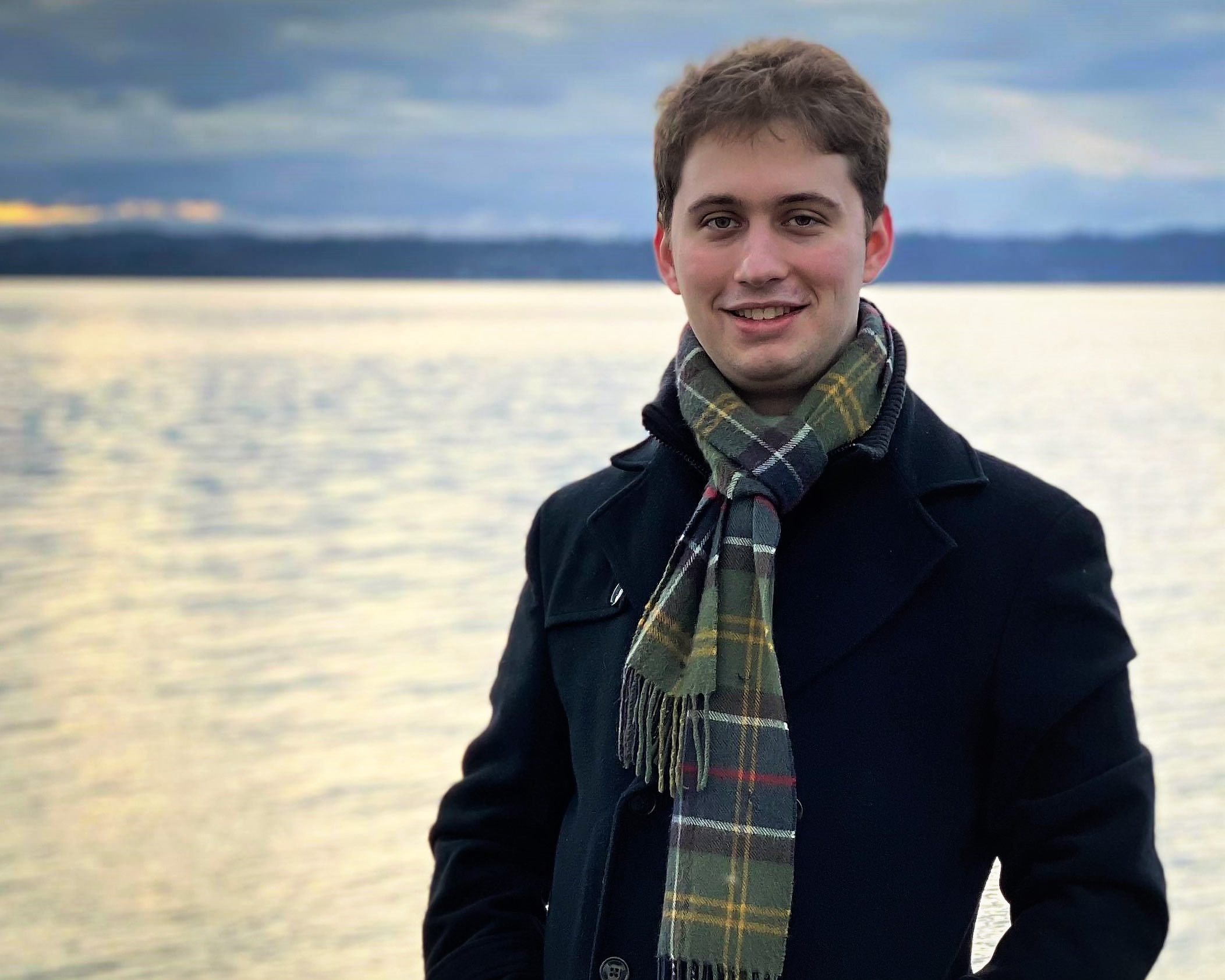 Karl Ronneburg (he/him) is a composer, percussionist, and multimedia/performance artist based in New York City and Seattle. In addition to frequently performing his own works, his music has also been played by bell towers, rock bands, orchestras, chamber ensembles, and arcade machines, among others.

Winner of the 2017 Brehm Prize for instrumental composition at the University of Michigan and the 2019 Dean’s Award at the Mannes College of Music, Karl’s music has been performed in venues including Carnegie Hall, National Sawdust, the New York German Consulate General, Ann Arbor’s Hill Auditorium, and Seattle’s Experience Music Project. He has been commissioned by or collaborated with artists and ensembles including Radiolab, Meredith Monk, the Lincoln Center Theater’s Directors’ Lab, the Vanguard Reed Quintet, Elliot Cole, the University of Michigan Symphony Band, Hack the Bells, and Anthony Coleman.

He was a 2017 Innovation+Music Fellow at the National Orchestral Institute, and completed a 2019 internship at the Metropolitan Opera, through which he worked with composers Nico Muhly and Ricky Ian Gordon. He is also a co-founder of the experimental opera company Fifth Wall Performing Arts, which launched with its viral independent student production of “Einstein on the Beach” and has continued to tour original artist-driven work in Michigan and New York.

Karl is currently a teaching artist with Musicambia, an organization which brings music as social change to incarcerated communities, a faculty member at the Vivace! Chamber Players summer music festival, and an event facilitator in Carnegie Hall’s Education Wing.