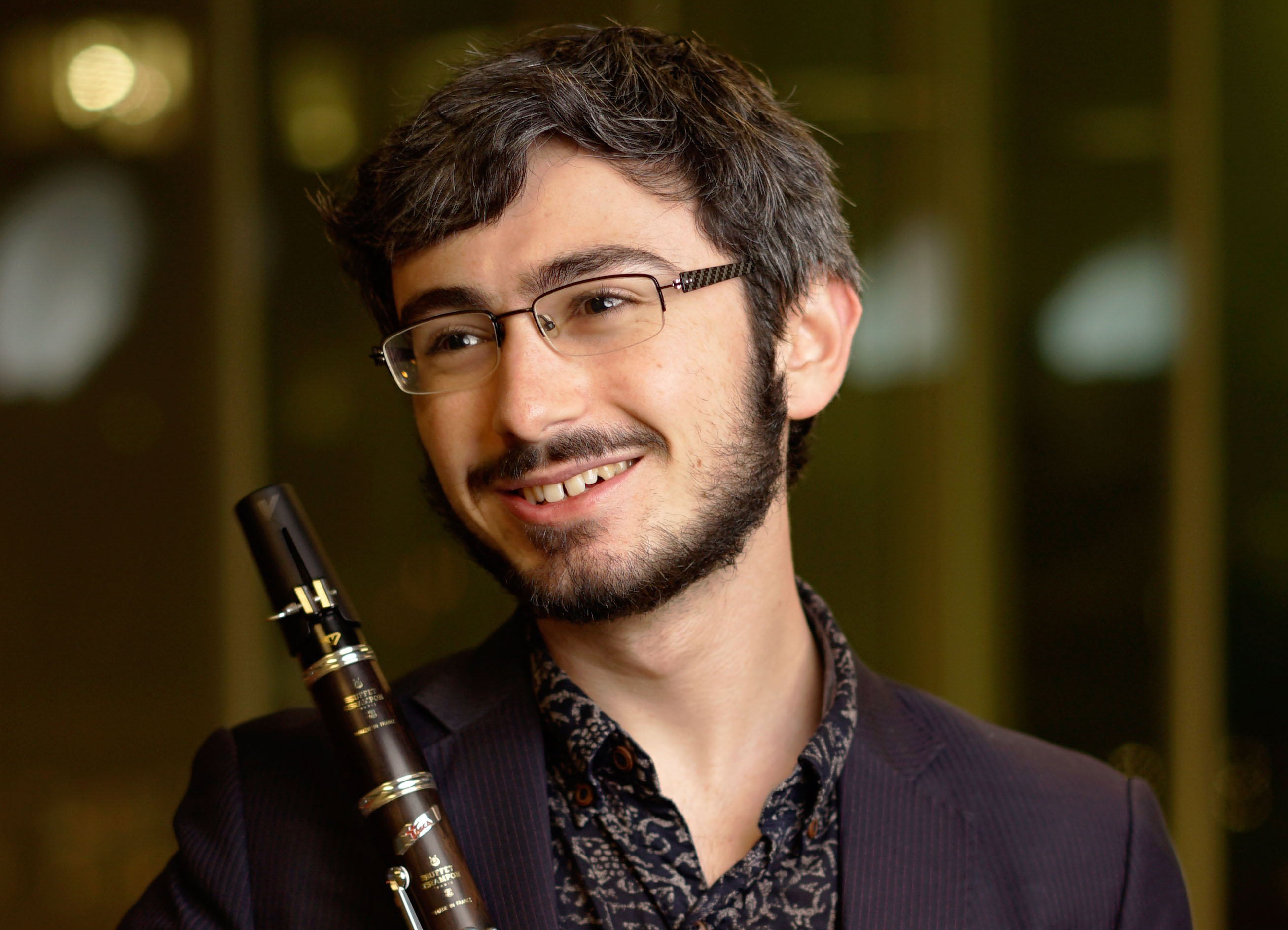 Clarinetist Phillip Solomon enjoys a varied career of innovative, collaborative, and heartfelt music making. Born and raised in Westchester, N.Y., Mr. Solomon is a graduate of the Juilliard School, where he studied with Jon Manasse. Throughout his time at Juilliard, he received additional instruction on the bass clarinet with Jim Ognibene of the Met Opera Orchestra, as well as Amy Zoloto of the New York Philharmonic. As an orchestral musician, he has performed on both clarinet and bass clarinet in orchestras around the country, including the New World Symphony, American Ballet Theatre, Princeton Symphony, New York City Ballet, and the Metropolitan Opera. In addition, he currently serves as Third Clarinet/Bass Clarinet with the Symphony in C of Camden, NJ. He has performed under some of the world’s most renowned conductors, including David Robertson, Yannick Nezet-Seguin, Gianandrea Noseda, Edward Gardner, Michael Tilson Thomas, and James Gaffigan, among others.

An avid chamber musician and soloist, Mr. Solomon commands a wide range of repertoire spanning nearly 300 years of music, from early music on period instruments to world premieres by contemporary composers. He has performed live on WQXR-FM for their series of summer broadcasts, as well as BBC Radio 3 in London. As a Klezmer musician, he was a founding member of Mountain Mishpokhe, a Klezmer band based in Aspen, Colorado. Comprised of clarinet, cello/mandolin, double bass, and Yiddish vocals with accordion, this unique quartet brought traditional Jewish and middle-eastern music to the sidewalks and outdoor spaces of Aspen.

During his summers, Mr. Solomon has performed and studied at the Aspen Music Festival and School, Oregon Bach Festival, Spoleto Festival USA, and Tanglewood Music Center. A passionate educator, Mr. Solomon is a Juilliard Community Engagement Teaching Fellow, serving as a clarinet mentor in the school’s Music Advancement Program.