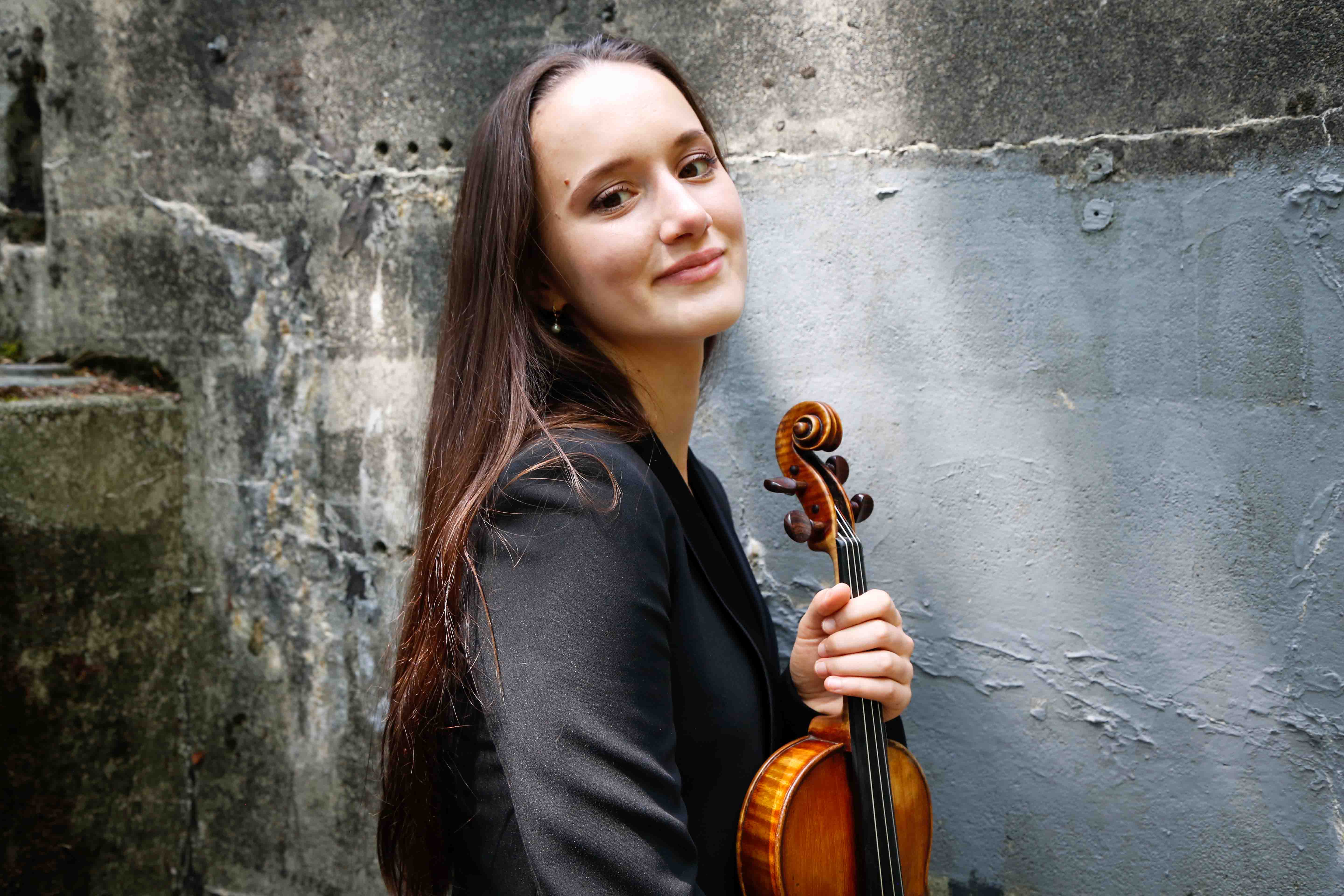 Hailed as ​“...a spectacular young violinist” by Seattle Times Music Critic Bernard Jacobson, American-born violinist Sophia Stoyanovich has captivated audiences since her premiere at age ten with the Bremerton Symphony. She has soloed with numerous orchestras including highlights with the Seattle Symphony at Benaroya Hall, and has performed across North America, Europe, Russia, China, and Vietnam.

Ms. Stoyanovich’s firm belief in community engagement has influenced her identity as an artist. In March of 2014, Ms. Stoyanovich traveled to Vietnam where she hosted masterclasses and performed for students in Hoi An, Da Nang, and Ho Chi Minh City, as a traveling artist with the About Face Foundation. She has in addition collaborated with NPR’s From The Top as soloist and active community member, working with students throughout the Washington state area and the UN Chamber Music Society of the United Nations Staff Recreation Council in New York.

Most recently, Ms. Stoyanovich has produced a new podcast series entitled American Stories. A collaboration with long-time friend and fellow Juilliard-alumni Derek Wang, American Stories celebrates American concert music in all its diversity as a mirror to the stories of people living in our country today.

An avid chamber musician, Ms. Stoyanovich serves as Communications Director and violinist of The Versoi Ensemble, which had its November 2018 New York Merkin Hall debut reviewed to much acclaim by the New York Classical Review and Strad Magazines. The Versoi Ensemble toured Finland in August of 2019, and will return for a tour of the USA next season, pursuing their belief in international cultural diplomacy through chamber music. Ms. Stoyanovich also serves as an Arts Advocate & Global Community Leader on the Si-Yo Artist Society Roster, and Artist Lecturer for the Bailu Music Concert Series.

The daughter of Pacific Northwest composer Patrick Stoyanovich, Ms. Stoyanovich’s passion for the modern music of our time has influenced her collaboration on several world premieres with mezzo-soprano, Sarah Mattox, and The St. Cecilia Music Festival including commissioned works ​“Cantos de San Juan de la Cruz”, and songs of ​“Saint Thomas Aquinas” by Patrick Stoyanovich. Ms. Stoyanovich premiered Patrick Stoyanovich’s ‘Shiloh’ Quartet at the Bowery Poetry Society in October of 2016. She continues to collaborate with composers across the country and currently is commissioning works for her series, American Stories.

Ms. Stoyanovich received her Bachelor and Masters of Music degrees from The Juilliard School under the tutelage of Li Lin, as recipient of the Irene Diamond Graduate Fellowship and the Drs. & Kassie Biros Neuman Scholarships. Other noted teachers include Syliva Rosenberg and Mark Steinberg. She is an active educator in the New York area, and teaches out of her private studio on the Upper West Side. Ms. Stoyanovich performs on a 1930 Berger Violin made in New York.