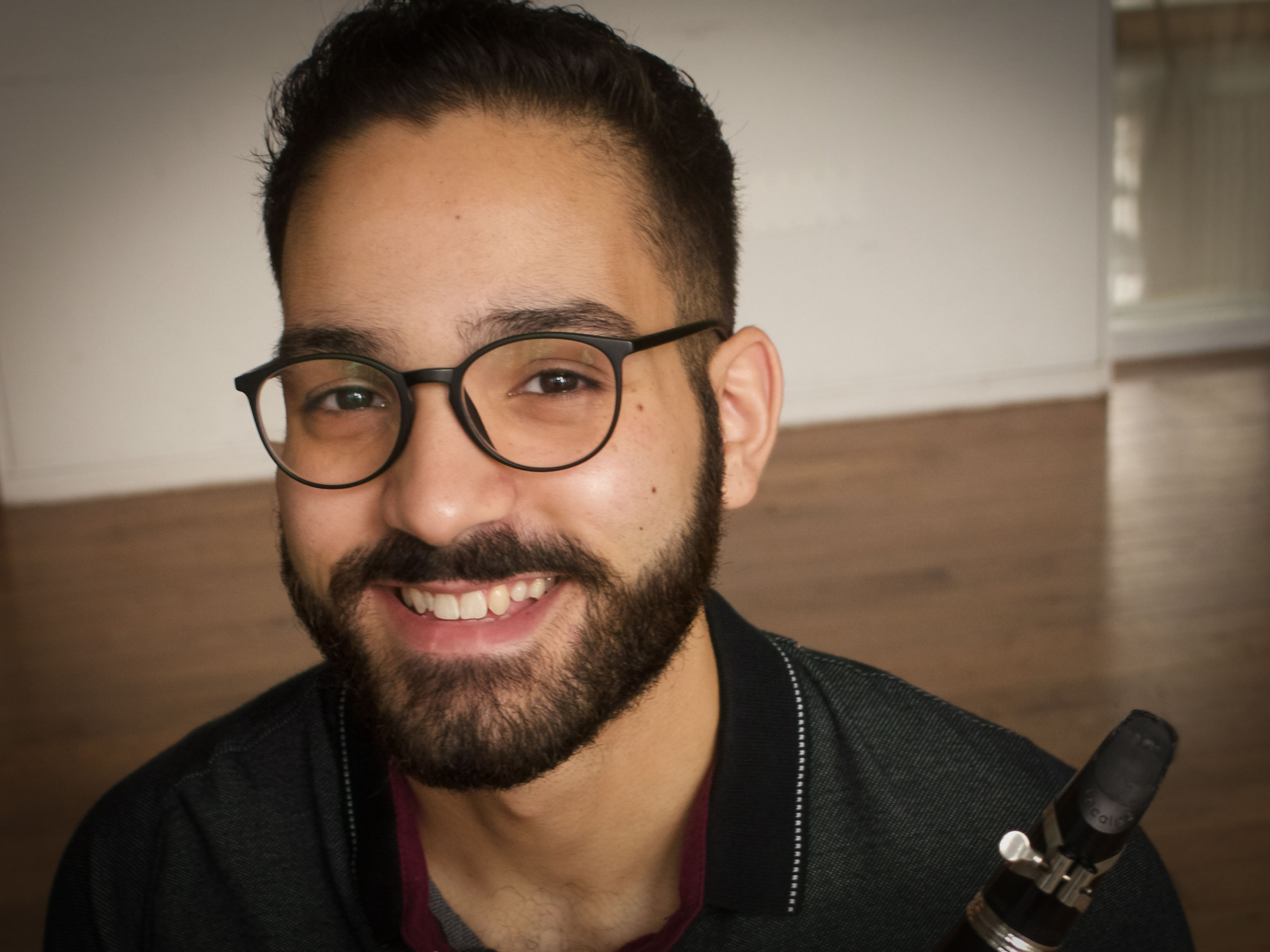 Born in Chicago, clarinetist Amer Hasan has won first prize in the Yamaha Young Performing Artists Competition, the Brevard Music Center Concerto Competition, the Tuesday Musical Association Competition, and the DePaul University Concerto Festival. He has twice been recognized by the National YoungArts Foundation and has received top awards in the Vandoren Emerging Artist Competition and in the Fischoff and M-Prize chamber music competitions.

‍
Amer is the principal clarinetist of the Akron Symphony Orchestra. He is also a guest musician with the New World Symphony, the Cleveland Pops Orchestra, the Firelands Symphony Orchestra, and the Illinois Symphony Orchestra. Amer’s festival appearances include a residency and tour with Carnegie Hall's National Youth Orchestra of the United States, Brevard Music Center Festival, Canada's National Art Centre Young Artist Program, and the National Orchestral Institute + Festival. His career has brought him to travel the world, performing and teaching across the USA, Canada, Mexico, Ecuador, Colombia, Serbia, Hungary, Czech Republic, and Jordan.

As an educator, Amer has served as an instructor of clarinet and chamber music at Oberlin College and as a teaching artist during Oberlin Conservatory's tour of Amman, Jordan. He also serves as a woodwind instructor for the Akron Youth Symphony, the Grafton Center for Musical Arts, and Midview Schools in Grafton, Ohio.

Amer holds a Bachelor of Music degree from the Oberlin Conservatory of Music. His previous teachers include Richard Hawkins, Bonnie Campbell, and Jim La Mantia. He has also worked closely with clarinetists Stephen Williamson, Ricardo Morales, and Yehuda Gilad.

In addition to his commitment to being an active performer, Amer enjoys his leisure time and takes pride in his work outside of the practice room and the concert hall. He loves to spend his free time exercising, eating great food, and spending time with his orange tabby cats, Paprika and Slim.