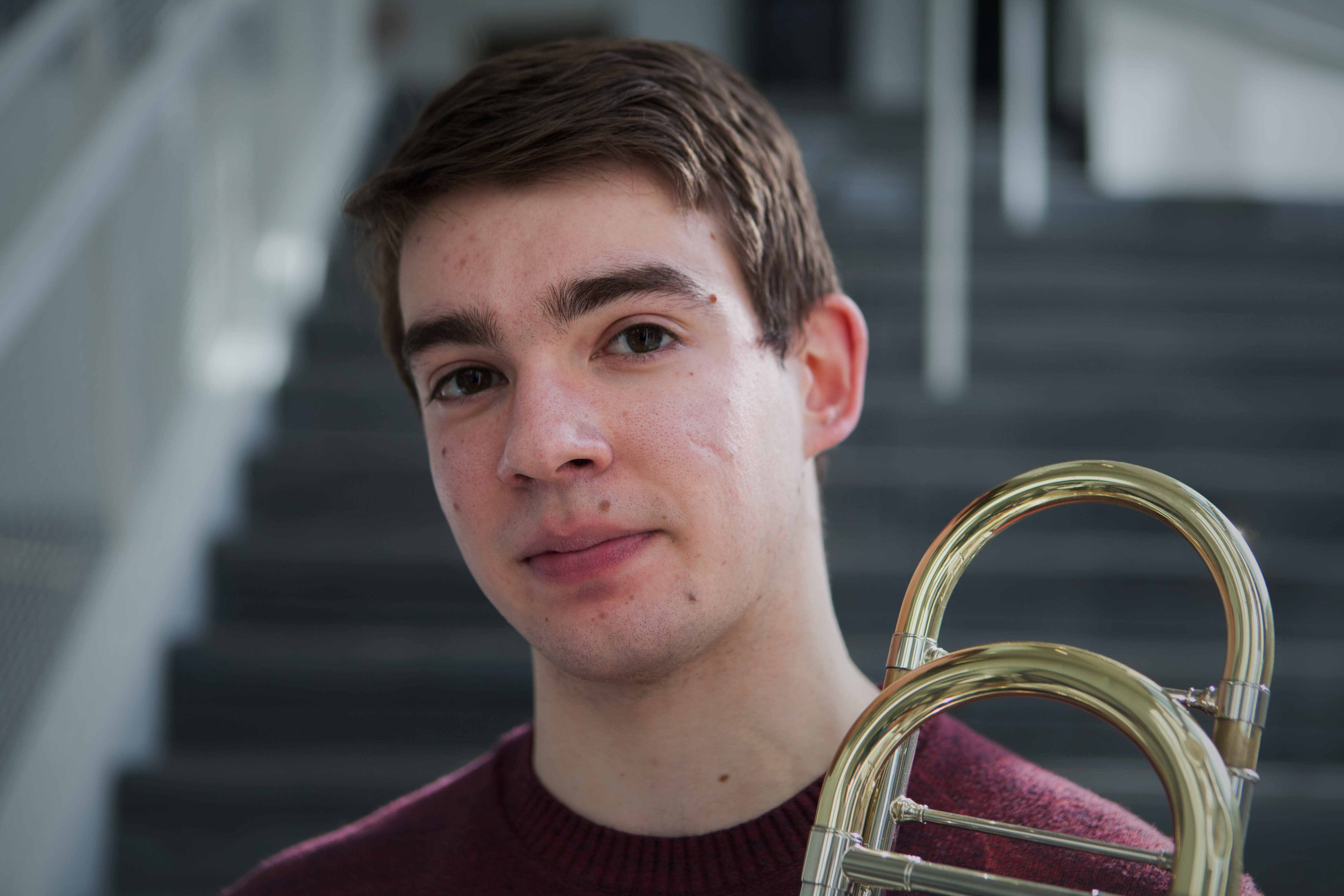 Andrew is a Trombone and Euphonium performer and instructor originally from Buffalo, New York. With performance degrees from the Interlochen Arts Academy, Oberlin Conservatory of Music, and Mannes School of Music, he has studied extensively with industry leaders from the Metropolitan Opera, New York Philharmonic, New York City Ballet, and Los Vegas Philharmonic, among others. Over the span of his career thus far, Andrew has been welcomed to perform at notable venues across the country including Chicago’s Symphony Center, Cleveland’s Severance Hall, New York City’s Alice Tully Hall, and the Brooklyn Museum of Art; once alongside the Oberlin Contemporary Music Ensemble for the headline performance of the 2017 Bang on a Can All-Star’s Marathon, and a second time for a preview performance of The Metropolitan Opera’s 2019 production of Phillip Glass’s Akhnaten.

Currently, Andrew lives in New York City, where he maintains an active freelancing and teaching career. As the appointed trombonist of Resonant Refractions, the ensemble-in-residence of the NYsoundCircut, he is well-versed in the techniques and styles associated with new music alongside those learned through his classical background. As a teacher, Andrew is heavily invested in the progress of all his students and is excited to share his deep knowledge of brass instruments through an approach that stresses the importance of stylistic and artistic development alongside technical mastery.