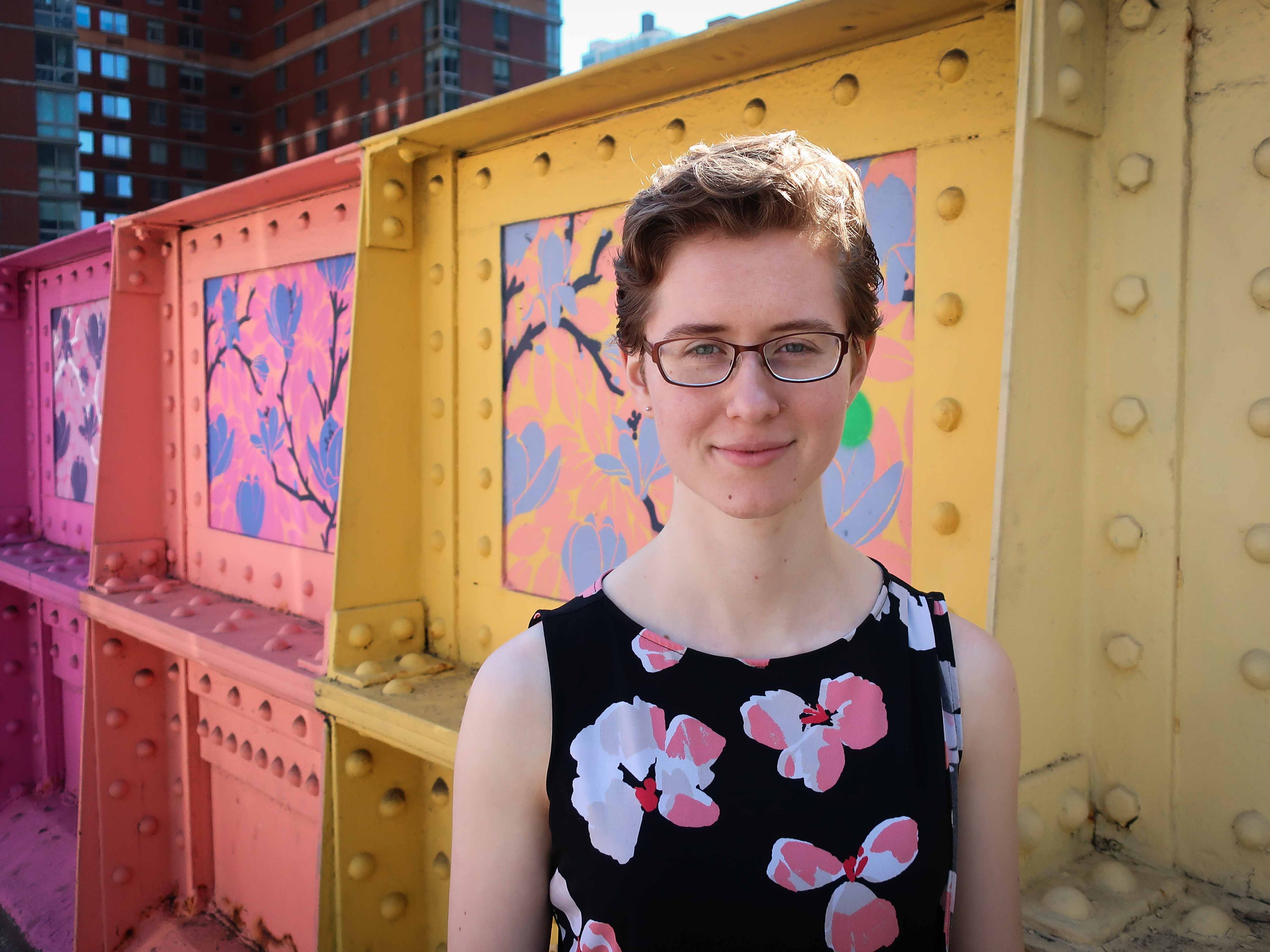 Annie Beliveau (she/her) is a musician who believes in cultivating curiosity and openness to different ways of listening. Currently active in the early and new music scenes in New York City, she trained as a composer, conductor, musicologist, and singer at Middlebury College in Vermont and Oxford University in England. Her work often explores modal shifts and cycles of thirds. She also sustains interests in medieval and Renaissance music theory, Eastern European folk singing, and extended vocal techniques in multiple styles. Her research on medieval manuscripts in the Bodleian Library culminated in an interdisciplinary senior project comprising musicology, composition, and performance. This work has informed her teaching with an overarching sense of the history of music theory. She encourages students to step into the shoes of musicians from other times and places in order to understand why certain conventions have been developed.

Since 2018, Annie’s studio has focused on composition, theory, and musicianship. An attentive and adaptable teacher, she employs a range of strategies to meet students' needs, including solfège and clef training, roman numeral analysis, dictation, and improvisation-based learning. As a member of faculty for the Choral Chameleon Virtual Institute, she teaches the intermediate level Ear Training Bootcamp course. Additionally, during the school year, she teaches as a guest artist with several educational organizations.

Annie’s compositions have been performed across the Eastern U.S. and internationally in the Baltic states. “Praznuvame Zora,” a treble chorus piece written for Yasna Voices (the New York Bulgarian Women's Choir), is now published by Personage Press, a publishing house focused on promoting new and inventive choral work. Through her role as singing faculty in Choral Chameleon, Annie has helped to premiere dozens of new choral pieces. She is grateful to have found colleagues in New York City who are committed to open-minded and joyful music making.