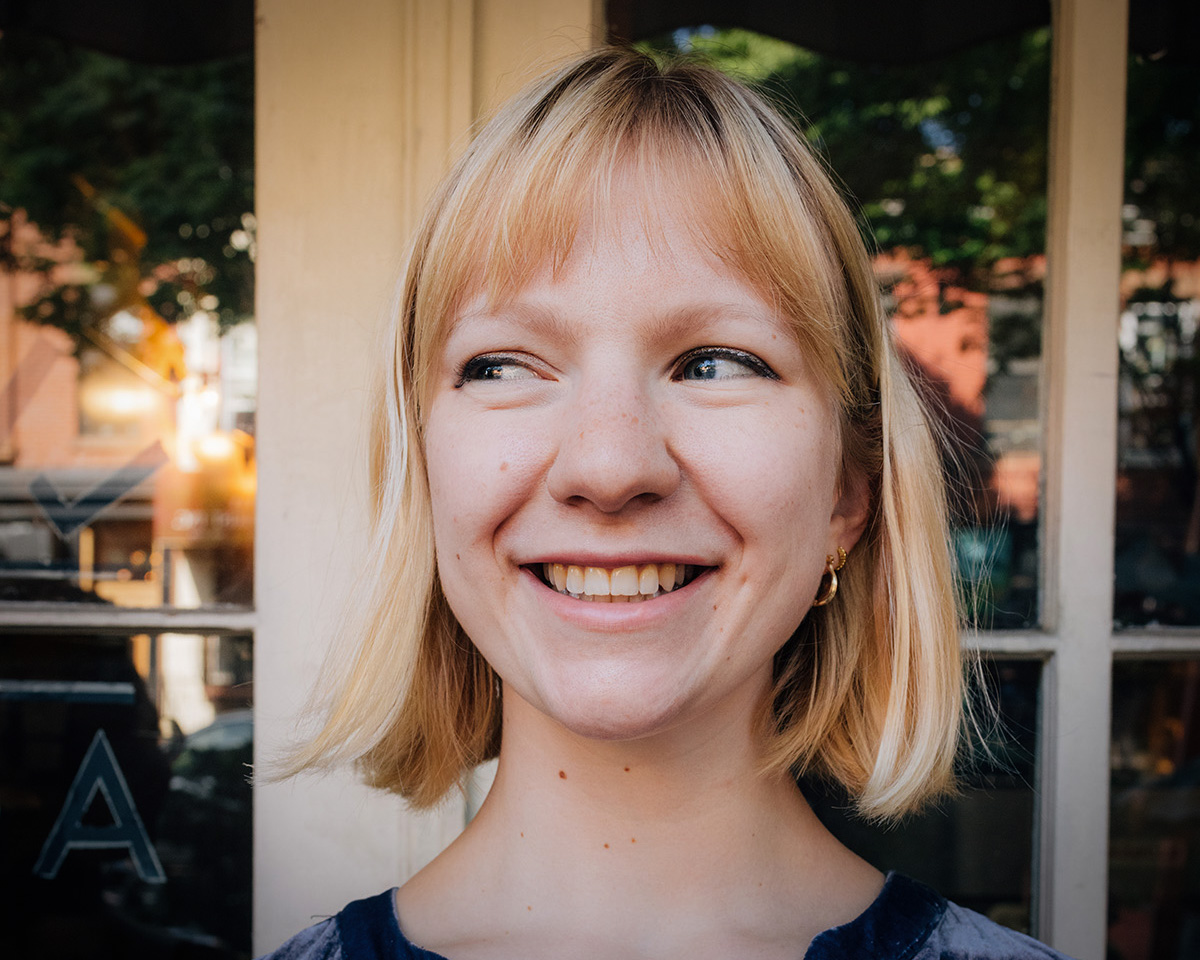 Caroline Kuhn is a songwriter from New York. A graduate of the New England Conservatory and LaGuardia High School’s vocal program, Kuhn is in several projects: the three-piece indie folk trio called the Ladles, and the Boswell-esque group, Tucci Swing. Most recently, she’s written a forthcoming album of enormous, introspective indie rock songs. It’s her first major artistic statement under her own name, showcasing her truly singular soprano and unwavering degree of command as a songwriter.

Kuhn comes from a family of musicians. Her dad is a professional guitarist, her grandparents were also professional musicians. She got her first recording gig when she was five, and went on to perform jingles in national TV commercials throughout her childhood. When middle school rolled around, she joined the Young People’s Chorus of New York City, which cemented her love and dedication to performing as a singer. In high school in LaGuardia’s prestigious vocal program, she honed her skills as a composer, which led her to study contemporary improvisation at the New England Conservatory in Boston. She studied with Cristi Catt, Dominique Eade, and Joe Morris there. She also met her bandmates from the Ladles, Lucia Pontoniere and Katie Martucci.

Kuhn’s solo project started in college. She’s released a handful of EPs and has played regular gigs. Her forthcoming debut album is composed of all of the different styles of music she loves, the music she plays in her bands, the music that she listens to on her own. She writes transcendent, heart on the sleeve of your cardigan indie rock with enough edge to make you want to dance. It’s the stuff of Sharon Van Etten and Norah Jones, Big Thief but fronted by Joni Mitchell. In addition to singing, she plays banjo and guitar on the record. It’s a journey of an album, all about growing up, forming, changing, tessellating through one’s adulthood with verve and grace.