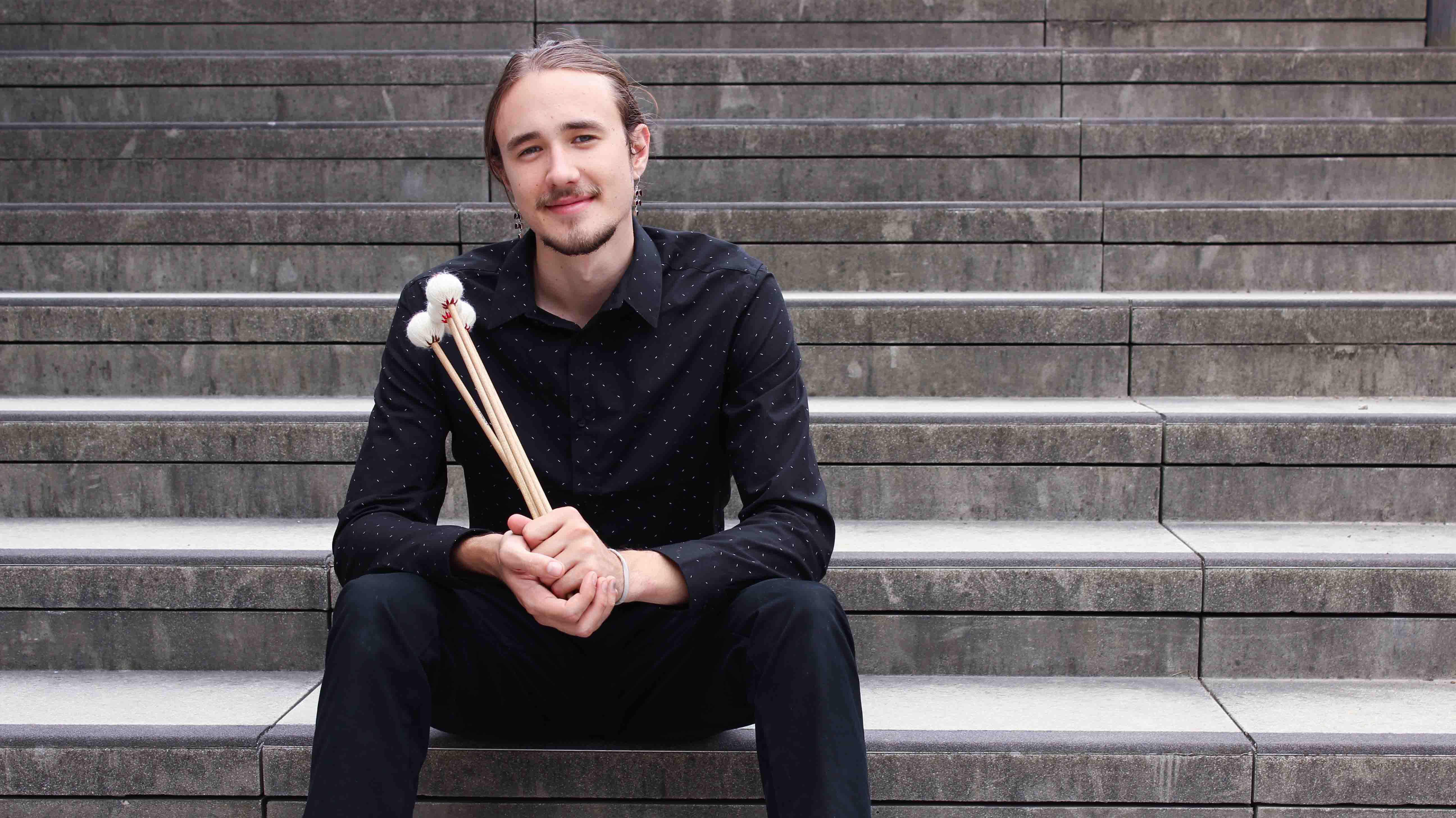 Carson Fratus is a multi-faceted percussionist and drummer based in the San Francisco Bay Area. His work as a hand-percussionist has taken him across the world, including his recent Fulbright research award to study South Indian Classical music in Chennai, India. While in India, Carson performed and toured the country alongside constituents of A.R. Rahman while studying with revered Carnatic gurus including disciples of T.V. Gopalakrishnan and Karaikudi Mani.

In addition to his work as a hand percussionist and drummer, Carson has extensive experience in the Classical European percussion tradition. He has performed with orchestras and contemporary music ensembles in Carnegie Hall as well as the premier and recording of several works composed by Emmy award winning composer, Steven Hartke. His solo performances have been selected for the Oberlin Honors Concert Series and for the Oberlin Commencement ceremonies. Other performances include the premier of percussion virtuoso Adam Rudolph’s composition entitled Orbits at the 2019 Percussive Arts Society International Convention. Carson has also premiered several original works with the Oberlin Percussion Group, including a composition for choreographer Alysia Ramos as part of the World Dance Alliance Global Summit in Newfoundland, Canada.

Carson is not only an avid performer, but also a highly experienced teacher. In India, Carson led many frame drum workshops in various afterschool programs, as well as a weekly class of young Indian women percussionists, training one of the few all-female percussion groups in the state. In addition to managing a private studio, Carson also worked as a teaching assistant for the Northern Ohio Youth Orchestra’s Young Composer Program, working with high school students aspiring to create music in a collaborative and improvisatory environment.
Carson holds a Bachelor of Music and an Artist Diploma from Oberlin Conservatory.  His mentors include Jamey Haddad, Michael Rosen, and Vijay Natesan.