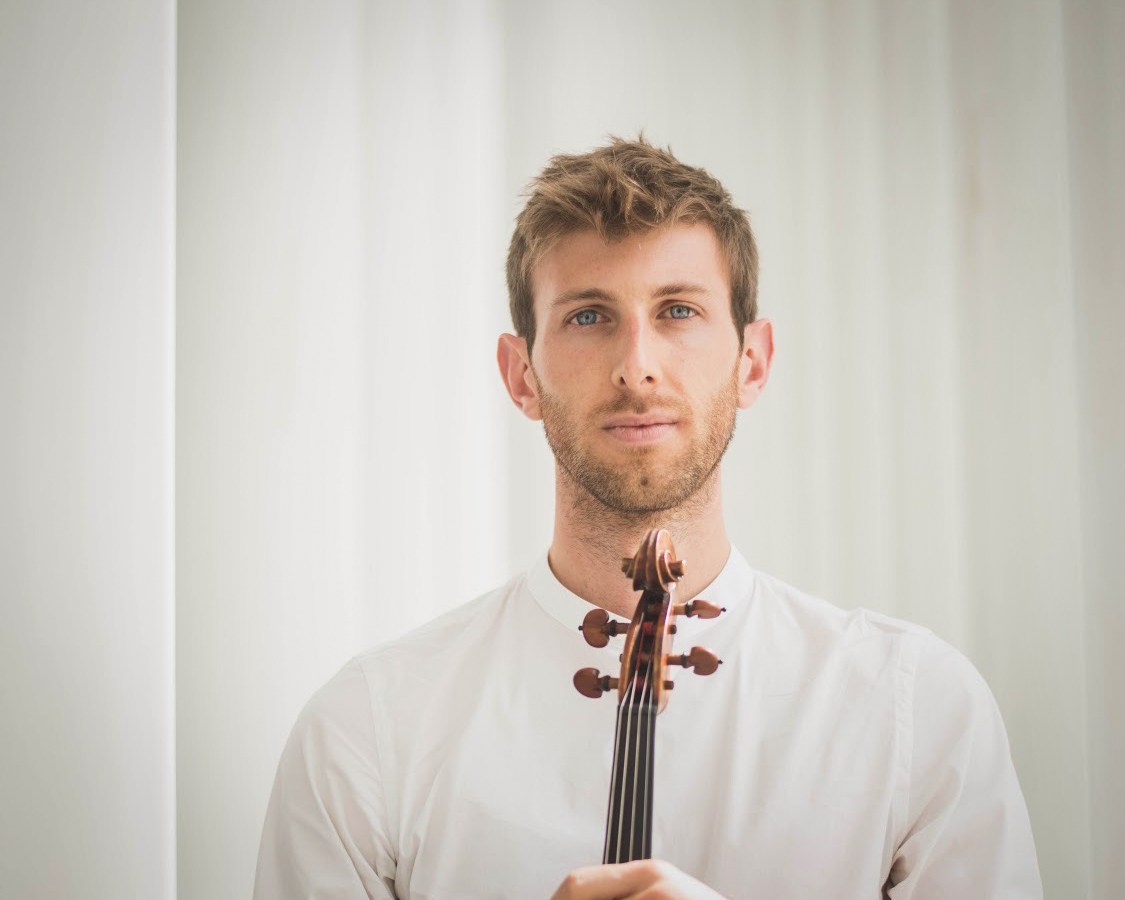 “A perfectly balanced - ornate but unpretentious - tapestry of sound, the sort of thing audio engineers only dream of.” (TEMPO).

Paris based American violist and interdisciplinary performer, Corey WORLEY is an ardent defender of contemporary music. He has performed with the International Contemporary Ensemble, Ensemble Proton, The Lucerne Festival Contemporary Orchestra, and members of Ensemble Intercontemporain. Concertizing throughout North American and Europe, he has made appearances at the Ojai Music Festival, the Kennedy Center, Bayerischer Rundfunk Radio Klassik, The Donaueschingen Festival, The Darmstadt Ferienkurse, Musique de Chambre à Giverny, and the Bang on a Can Marathon. Pushing musical boundaries, Corey specializes in gestural music and other forms of interdisciplinary performance. Recent concerts include “Silence Must Be!” for solo conductor, “Caravan” for performer with live-video and tape, and “Pas de Quatre” for 2 dancers and 2 instrumentalists.

He started his music education originally as a violinist, later switching to viola under the tutelage of Elias Goldstein. Corey is a double-degree graduate of the Oberlin College and Conservatory, where he studied viola with Peter Slowik while earning a degree in psychology. Later, he was accepted into the Conservatoire National Supérieur de Musique et de Danse de Paris (CNSMDP) in the class of Pierre-Henri Xuereb and Louis Fima along with the chamber music class of Jean Sulem, earning his Master's degree with "High Distinctions". Violists such as Garth Knox, Laurent Verney, Jack Stulz, and Geneviève Strosser have also closely mentored Corey.

Through his psychology studies, Corey was inducted into the Phi Beta Kappa Honors Society for superior academic achievements, held psychology research assistantships under Dr. Noa Kageyama (Julliard) and Dr. Jeffrey Huber (former USA Olympic diving coach), and was a teaching assistant for the Oberlin Psychology Department. His research interests lie in motor skill learning and recall under varied conditions. As an educator, his students have won principal positions in several youth and Allstate orchestras, have performed as soloists with local orchestras, and have been admitted to prestigious summer festivals at Oberlin, NYU, etc. Outside of music, Corey is often found on his laptop conducting UX research or drinking green tea in hipster cafés.