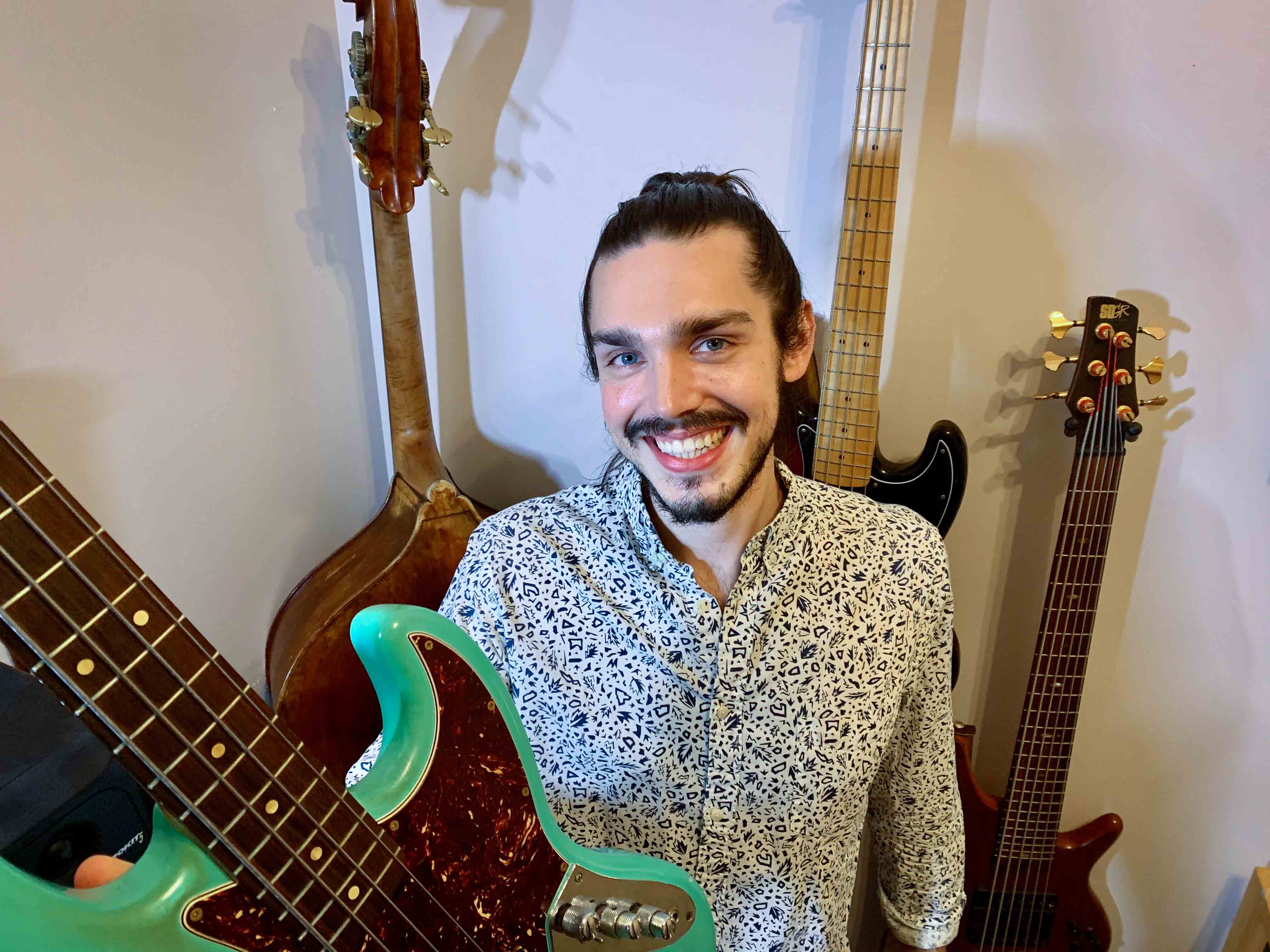 As a Cannonball-Adderly-loving seventh-grade-saxophonist, Dan asked for an electric bass as a good grade incentive. His intent? To play Nirvana songs and learn the song from the credits of “Remember the Titans” (Marvin Gaye and Tammi Terrell’s recording of “Ain’t No Mountain High Enough”). A few years later, a friend’s beagle bit through his lip and the school orchestra needed an upright bassist. Since upright bassists also stood a chance at being in the jazz band, he got ~right up~ and never looked back.

Dan started his journey at the Jazz Academy of Music in Washington, D.C. and continued his studies on a music scholarship. At Oberlin, the privilege and responsibility of learning from America’s original art form became (and continues to become) both clearer and more complicated. He graduated with a B.A. in Psychology, a B.M. in Jazz Bass, and the Wendell Logan Prize in Jazz Studies for musicianship and leadership. He stayed in Ohio for another year: playing throughout the Midwest and helping to develop the young folks’ jazz program at Cuyahoga County Community College in Cleveland.

In the Fall of 2016, a childhood friend called with a potential apartment in New York. His Oberlin mentors, Peter Dominguez, Gerald Cannon, Billy Hart, and Robin Eubanks encouraged the move. Soon after moving, Hart and Eubanks tapped Pappalardo to play in their bands.

Living dreams eased the growing pains of the new city. He studied with his hero, Ron Carter. Gradually, he found communion with Vanisha Gould, Sullivan Fortner, Guy Mintus, Kevin Sun, Max Light, Tony Glausi, and many others. In April of 2019, he began to serve as bassist for singer/songwriter/producer/multi-instrumentalist Cautious Clay. Pappalardo’s debut album is slated for release in the spring of 2021.

As an educator, Dan has learned a great deal from teaching under his mentors. He has been asked to return to The Jazz Academy of Music (where he cut his teeth) to help with the next generation. He has also worked under his Oberlin professors at the Milt Hinton Institute for Studio Bass, The New York Voices Summer Camp, and in an outreach tour to South Africa.

As a private instructor, Pappalardo's students have been selected as Young Arts Finalists and gained admission to Oberlin Conservatory and Manhattan School of Music. Others have simply found a constructive outlet from their vocation. Dan aims to share the joy he's found in music and help students to gently meet their edge, wherever that may be.