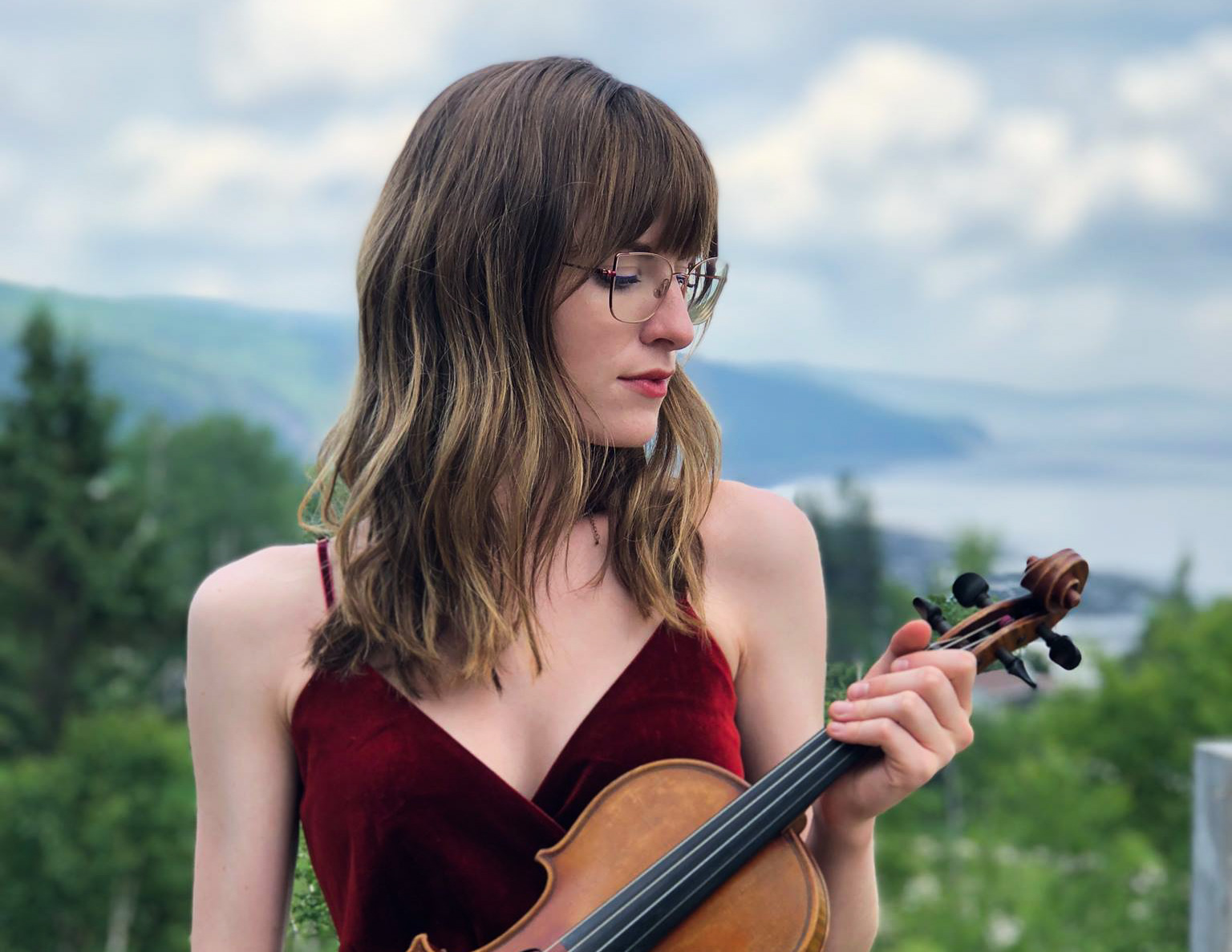 Ellie MacPhee (she/her) is a performing violinist and teacher in Boston, Massachusetts. As a graduate of both Longy School of Music at Bard College and Oberlin Conservatory, MacPhee’s work is focused on the use of violin mastery as a landscape for emotional expression and joyful music making. Her path as a musician began with traditional folk and bluegrass music, which later propelled her into her study as a classical violinist. Ellie has studied under pedagogues such as Sibbi Bernhardsson, Jesse Mills, and Jinjoo Cho. Ellie received the Flint Initiative Grant in 2019 for her artists residency at Arts Letters and Numbers where she worked closely with a group of women, trans, and nonbinary living composers to create an ongoing concert series. She has attended chamber music festivals such as ENCORE Chamber Intensive, Domaine Forget, Credo Winter Intensive and The Parker String Quartet Seminar. In her undergraduate studies, she pioneered the Oberlin Strings at Grafton program, an El Sistema inspired strings class for incarcerated men. When not performing or teaching, Ellie can be found hiking up mountains, doodling, or learning the banjo.