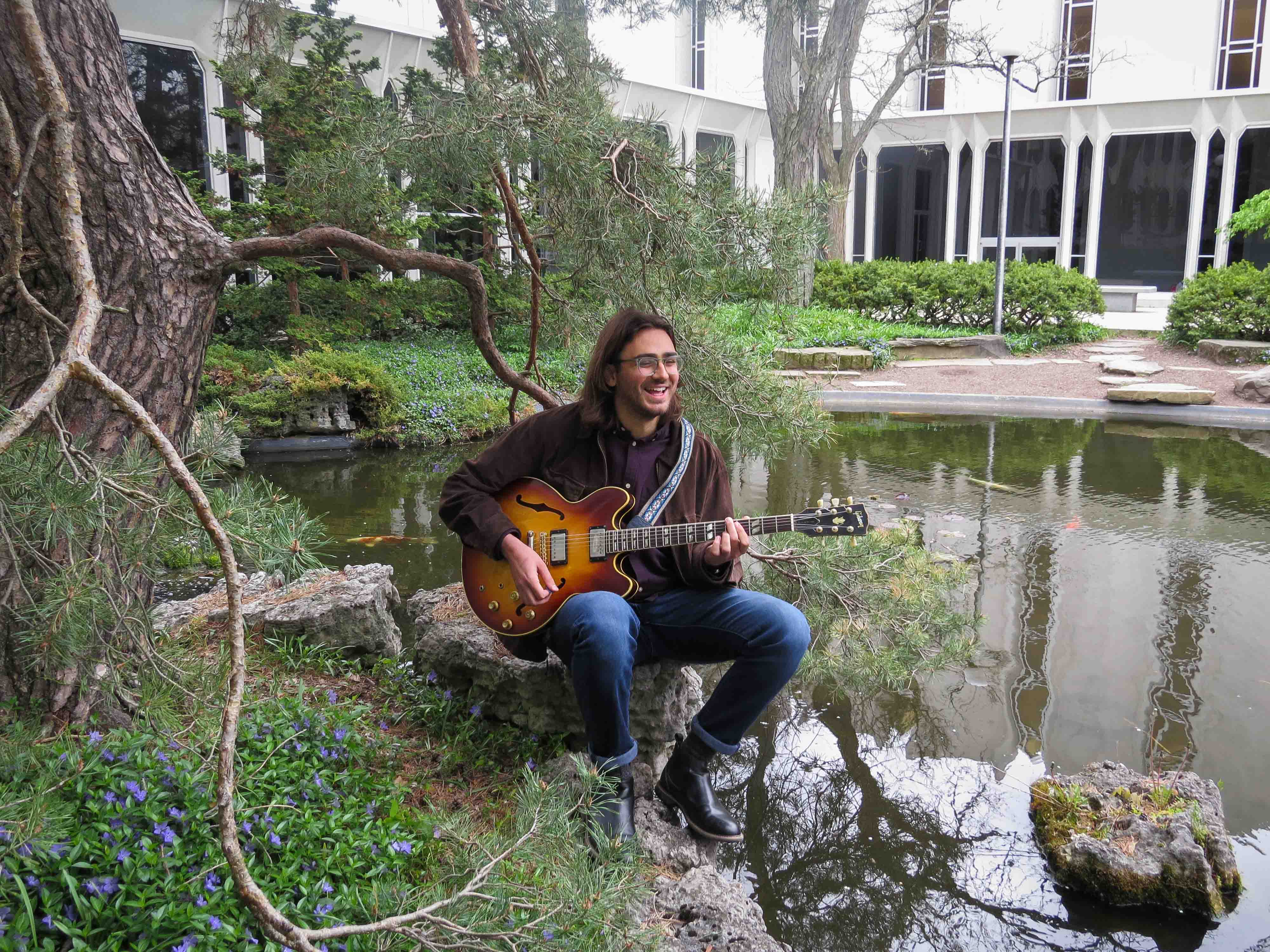 Guitarist Emmett Sher grew up in Staten Island, New York. He attended Laguardia High School where he first discovered and fell in love with jazz. After high school Emmett attended the Brubeck Institute Fellowship program, where he studied, performed, toured, and recorded with an elite band of young musicians from across the country. Through this program Emmett was able to study with world renowned musicians Stefon Harris and Ed Simon. While at the Brubeck Institute Emmett received a YoungArts finalist award in jazz performance and composition, and attended the YoungArts Finalist week in Miami. After the Brubeck Institute Emmett was awarded a full tuition scholarship to Oberlin Conservatory, where he recently graduated with a BM in jazz guitar. Here Emmett studied jazz guitar and composition with Dan Wall, Billy Hart, Bobby Ferrazza, and Jamey Haddad.

Through Oberlin, Emmett spent a semester studying at the Conservatorium Van Amsterdam where he had the chance to be mentored by Jesse Van Ruller. At Oberlin, Emmett was awarded the Wendell and Bettye  Logan Prize in Studies. Last summer, Emmett toured with various bands across the United States as well as Portugal. Emmett recently won second place in the Jarek Smietana Jazz Guitar competition in Krakow, Poland. Emmett is currently earning his Master’s at Manhattan School of Music where he is studying with Mike Moreno.