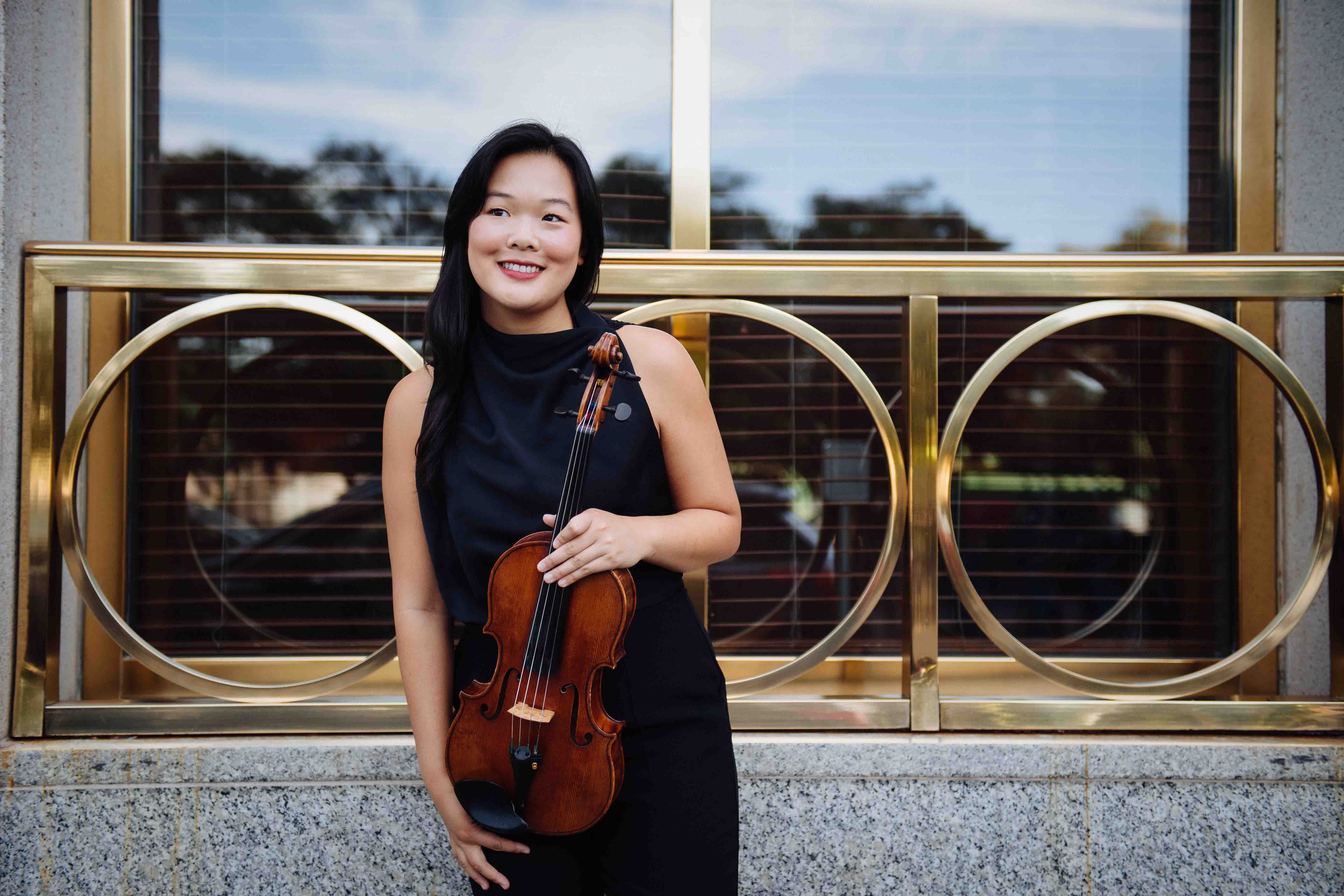 Atlanta native Erin C. Pitts is a passionate and dedicated violist whose goal is to promote the arts through solo and chamber music performance and teaching.

A graduate of The Juilliard School, she is a proud recipient of a Kovner Fellowship. At age 15 she made her concerto debut with the Atlanta Symphony Youth Orchestra as first prize winner of the concerto competition. She served as a Principal Violist in the National Youth Orchestra of the United States, sponsored by Carnegie Hall. She has participated in summer music festivals for the past nine years. For two summers at the Music Academy of the West, included studying with the Takács Quartet in the prestigious String Quartet Seminar. She was an International Program Artist at Music@Menlo.  Other awards include the Samuel Fordis Competition, Johansen International Strings Competition, and American Viola Society Competition.

Erin was featured on NPR’s From the Top in 2015 , 2016 and 2017. Recently, she attended the International Music Seminar at Prussia Cove England, studying with Lars Anders Tomter and Thomas Riebl (2019). Most recently, Erin participated as a fellow of the renowned Verbier Festival Academy in Switzerland. Erin plays as a substitute with the Atlanta Symphony Orchestra.

In fall of 2020, Erin will pursue a Master’s degree in viola performance under the tutelage of Cynthia Phelps and Misha Amory at the Juilliard School. Previous teachers include Heidi Castleman, Hsin-Yun Huang and Manuel Díaz. Aside from playing the viola, Erin has worked as the Government Relations intern at Carnegie Hall for three years.