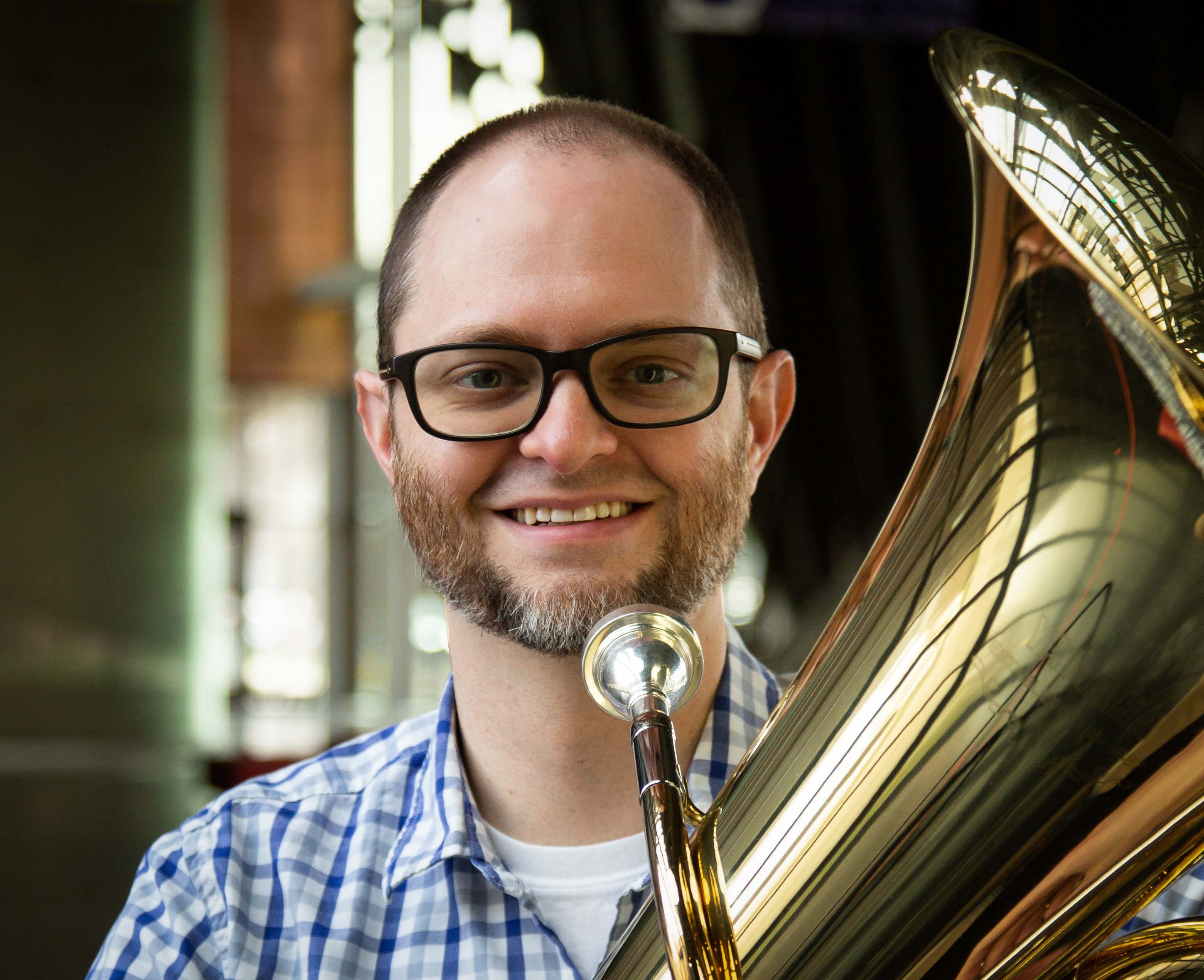 Through public performances and music education, Evan Kelsick seeks to strengthen the solo, chamber, and large ensemble literature of the tuba/euphonium and to foster a passion for music in his students and audiences.

Evan was a semi-finalist for the Principal Euphonium position in the United States Air Force Band in 2012, and since that time, Evan has commissioned solo works by several prominent composers including Chris Teichler, Andrew Waggoner, Gary Fry, Robert Morris, Jeffrey Stadelman, and Samuel Adler. He is set to record his first solo album featuring these commissioned works, to be released in early 2017.

Before completing his doctorate at the Eastman School of Music, Evan attended the University of Houston for a bachelor’s degree in music education. He later finished his master’s degree in euphonium performance at Northwestern University. His main teachers include Philip Freeman, Michael Warny, Rex Martin, Don Harry, Larry Zalkind, and Mark Kellogg. Evan is in constant demand as an adjudicator around the United States and performs on Hirsbrunner Euphoniums, exclusively.