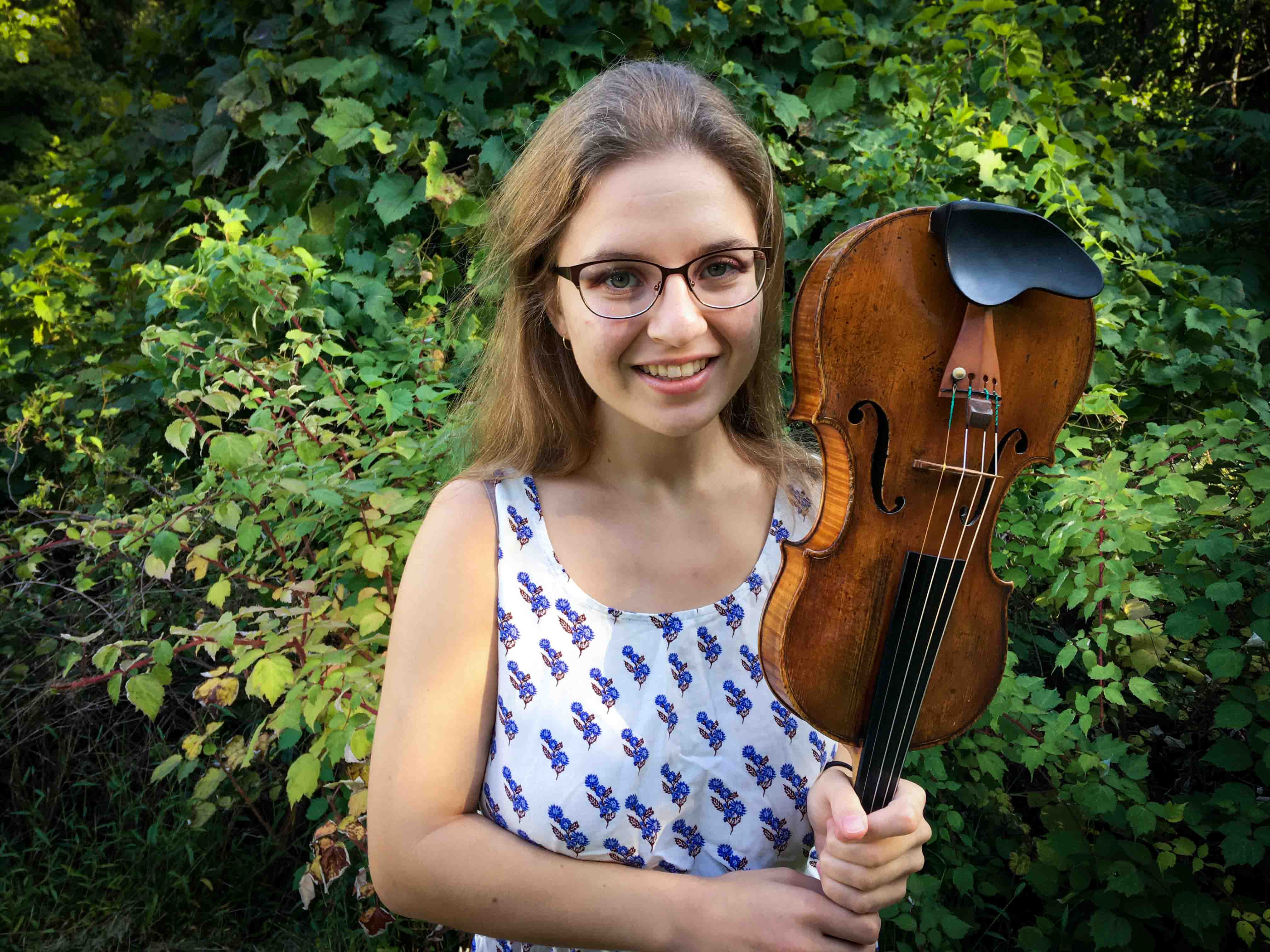 Violinist Helenmarie Vassiliou received both her master’s and bachelor’s degrees from the Juilliard School, studying with Masao Kawasaki. A passionate teacher, she believes that music is for anyone who wants to learn, regardless of age or experience. Helenmarie has held the Morse Teaching Fellowship from Juilliard, and taught at City College Academy of the Arts in New York City, where she taught violin, viola, and cello to middle and high school students through.

She has been playing the violin since she was three years old, inspired by her mother who played violin for fun. Originally from Philadelphia, Helenmarie spent her formative years in community music schools learning from musicians of the Philadelphia Orchestra. She studied for ten years with violinist from the orchestra, Hirono Oka before coming to Juilliard, and previously with the principal violist of the orchestra, Choong-Jin Chang.

Helenmarie has been a fellow at the Aspen Music Festival, the National Repertory Orchestra, Spoleto Festival USA, and a three time fellow at the Tanglewood Music Center, where she also served as concertmaster under Herbert Blomstedt and principal second under Andris Nelsons. While at Juilliard, she played frequently the contemporary music ensembles, AXIOM and the New Juilliard Ensemble. As a chamber musician, Helenmarie has appeared in Juilliard’s annual Chamberfest and has been coached by Toby Appel, Astrid Schween, Emanuel Ax, and Sylvia Rosenberg, among others. She also held a Gluck community service fellowship from Juilliard, which gave her the opportunity to play for people in hospitals and care centers around New York City.