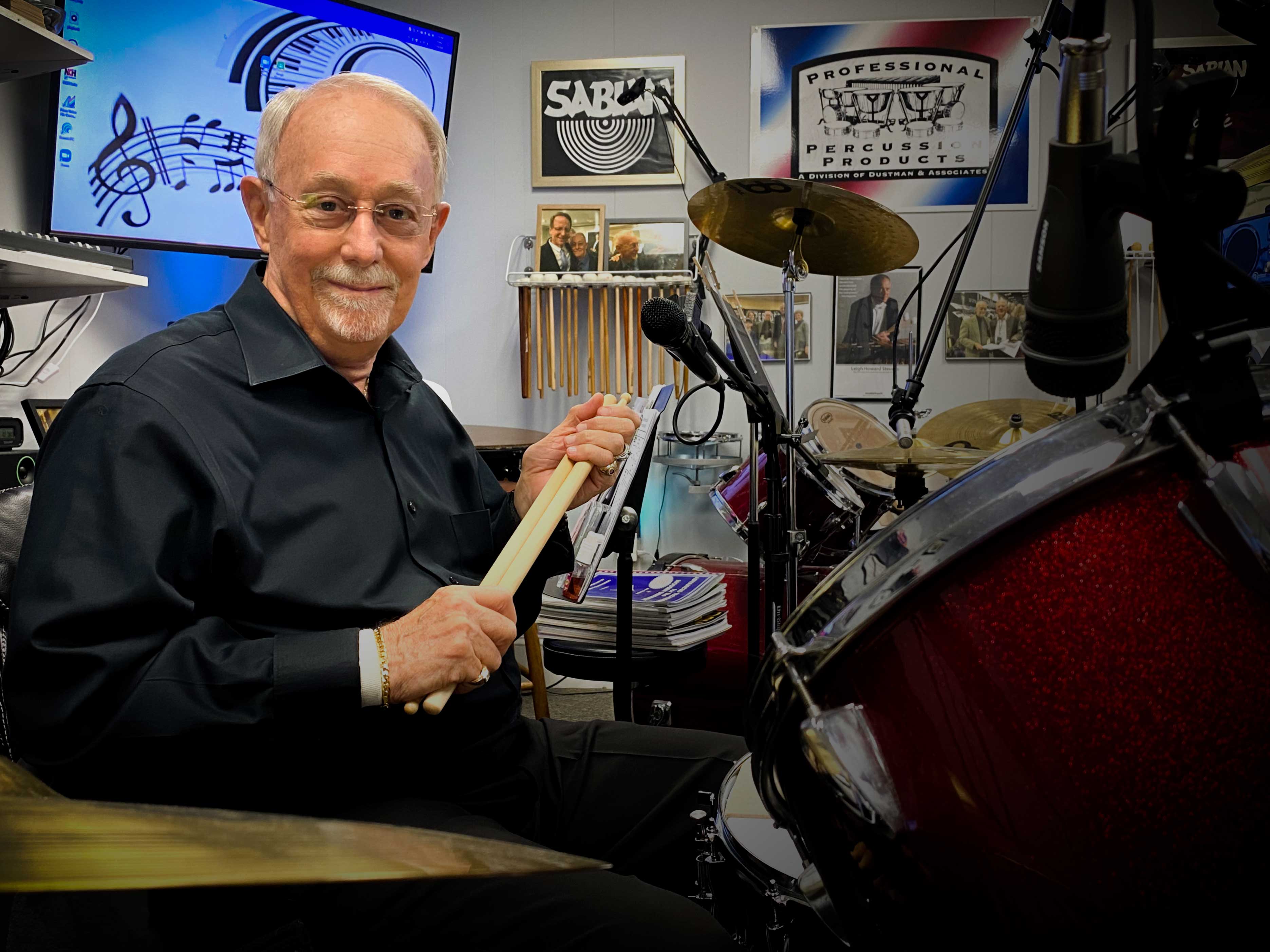 Jack Bell is nationally recognized as a distinguished performer, educator, and lecturer. He served as principal percussionist with the Atlanta Symphony Orchestra from 1967 – 2000 and as Associate Professor / Coordinator of Percussion Studies at Georgia State University from 1968 – 2002.

As principal percussionist with the Atlanta Symphony Orchestra, Mr. Bell’s performing credits include over 7,000 concerts, 43 world premieres, 65 recordings, and 18 Grammy awards on the Telarc, Sony Classical, New World, Nonesuch, Vox, and Decca record labels.
During his tenure with the orchestra, he performed over 200 concerts a year, toured extensively throughout the United States and Europe, including seven appearances at Carnegie Hall, with performances in London, Paris, East Berlin, and Vienna. As a freelance studio musician, he recorded numerous jingles for broadcast on local, regional, and national radio and television stations.

At Georgia State University, Mr. Bell provided effective instruction and career guidance to over 160 applied percussion students. Many of his more than 140 graduates now hold prominent symphonic, university, freelance, and business positions in the music industry throughout the United States and abroad. While at Georgia State, Mr. Bell created a new music course entitled Developing Rhythmic Sensitivity and wrote a textbook of the same name. Since its creation in 1990, the course became a required curriculum in undergraduate and graduate concentrations at the School of Music. Near the end of his teaching career, Mr. Bell piloted a percussion seminar series that exposed students to working professionals from every area of the music industry, music education, and performance. That seminar concept was adopted by every division of the music school.

Mr. Bell is a graduate of the Oberlin College-Conservatory of Music where he was a student of Cloyd Duff and James Moore. He is a member of the National Percussive Arts Society, Pi Kappa Lambda, Phi Mu Alpha, and The National Association of Rudimental Drummers. He was listed in Outstanding Atlantans 1982, and Who’s Who In The World Of Percussion-U.S.A. 1982. In 1985 he was selected as a clinician for the Selmer-Ludwig international percussion company, and in 1987 listed in the 1st edition of Who’s Who In Entertainment. In addition to being listed in the 1996 and 1997 editions of Who’s Who In America. He was also the recipient of many other personal awards and recognitions throughout his career including Outstanding People Of The 20th Century, 1998; International Who’s Who of Intellectuals, 1998; Marquis Who’s Who In America, 54th edition, 1999; and Lexington Who’s Who Publications, 2000 edition.

Following his retirement from the orchestra and Georgia State University, Mr. Bell served as the executive director of the ProMusica Concert Series for 8 years. Currently, Mr. Bell is recording for presentation to the Georgia Chapter of the Percussive Arts Society, college professors of percussion, and professional private percussion teachers across the state of Georgia.