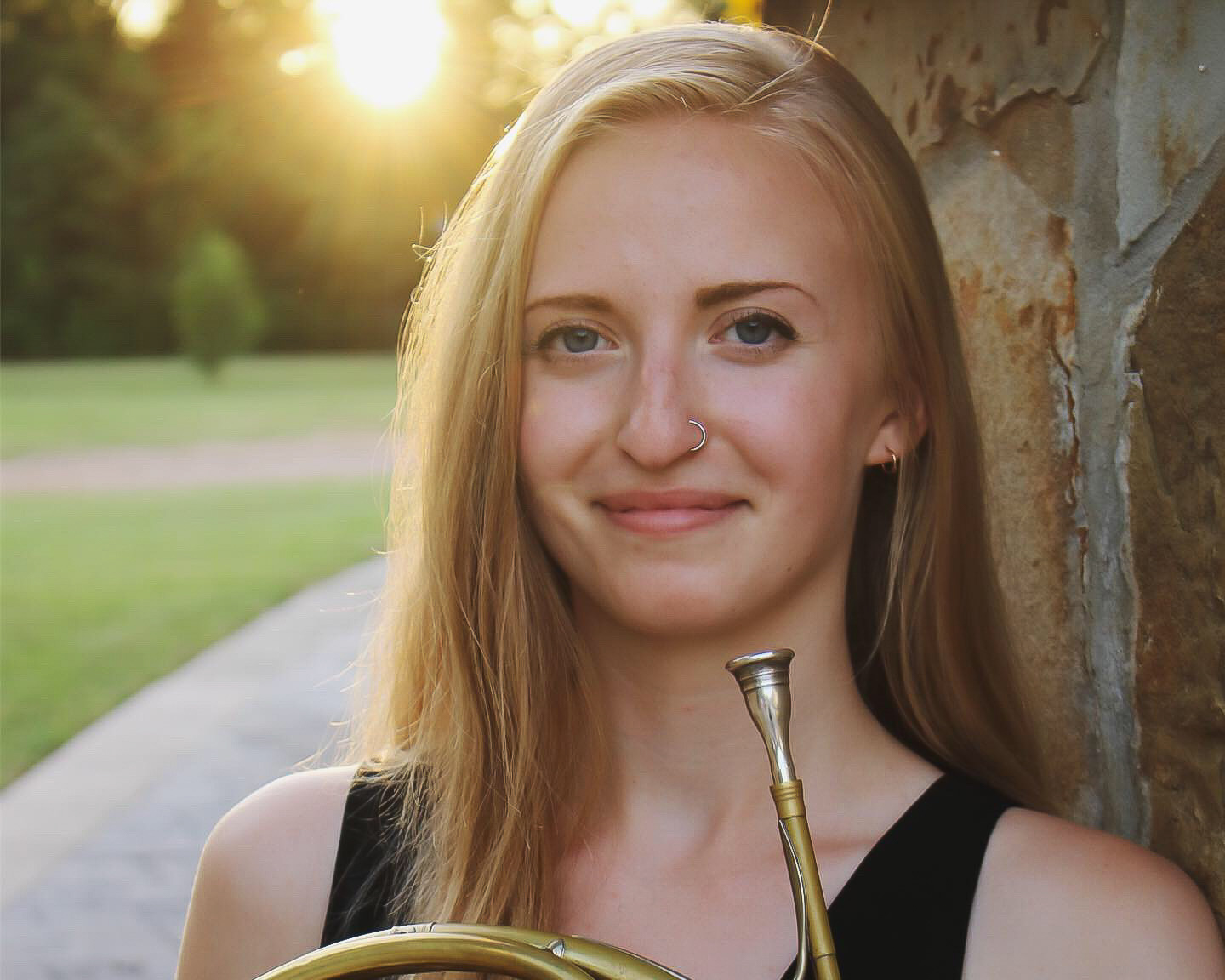 The Yale School of Music - M.M.

Horn player Jaimee Reynolds has performed in several locations around the world including New York, Washington D.C., and London. She has performed in renowned locations such as Carnegie Hall, Severance Hall and the BBC Proms Royal Albert Hall. Ms. Reynolds attended and graduated from the Interlochen Arts Academy. She holds a Bachelor of Music degree from The Juilliard School and she will earn a Master of Music degree from the Yale School of Music in 2022.

Ms. Reynolds has performed with many groups such as The Juilliard Orchestra, the New York Chamber Players, and the Texas Festival Orchestra. She is on the substitute musicians list for the New World Symphony. Ms. Reynolds is also an avid chamber musician, having performed with various chamber groups such as brass quintet/sextet, woodwind quintet/sextet, and horn quartet among others. Ms. Reynolds has been a fellow at the Colorado College, Round Top and National Symphony Orchestra Summer Music Institutes. She was also on staff at the Interlochen Arts Camp for the summers of 2015 and 2016.

Ms. Reynolds was born and raised in Alpena, Michigan, where she began her musical endeavors at age 11. Throughout her time, she has studied with Corbin Wagner, Richard King, Eric Reed, Michelle Baker, Jennifer Montone and William Purvis. In her free time, Ms. Reynolds enjoys dog-walking, exercising and cooking.