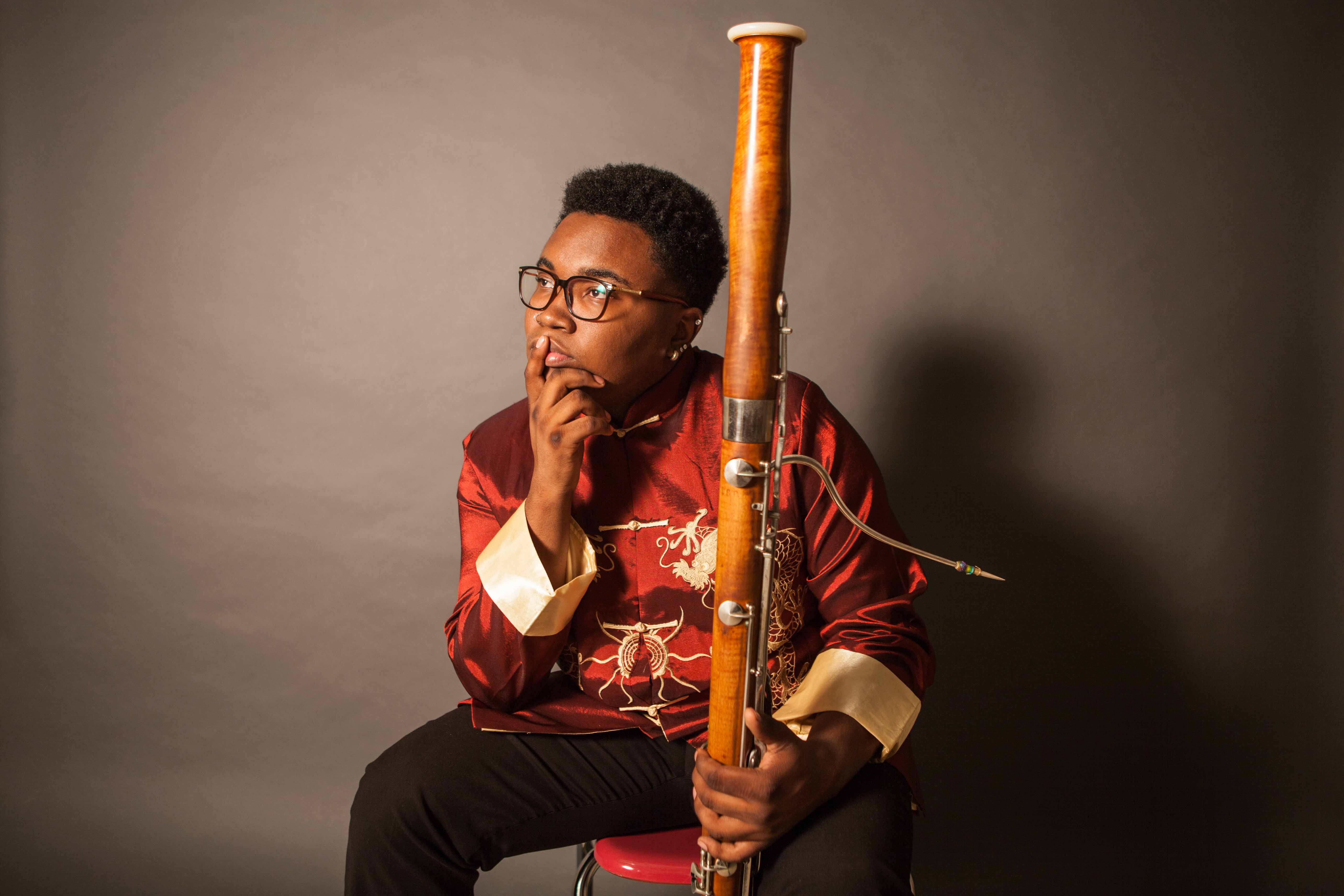 Bassoonist Joshua Elmore, originally from Shaker Heights, Ohio, is earning his Master of Music degree at The Colburn School in Los Angeles, California studying under Richard Beene. Joshua is a graduate of The Juilliard School where he studied under the tutelage of Judith LeClair as a proud recipient of a Kovner Fellowship. Joshua has performed with numerous orchestras including The New York Philharmonic, Oregon Symphony, The Charleston Symphony, the Royal Concertgebouw Orchestra, the Juilliard Orchestra, the New York String Orchestra and Carnegie Hall’s National Youth Orchestra of the USA where he toured China and Europe with Charles Dutoit, Valery Gergiev and Christoph Eschenbach. During the summer of 2018, Joshua was chosen to be a fellow at the Music Academy of the West in Santa Barbara, California. At the Music Academy, he was a finalist in the concerto competition and the London Symphony Orchestra Keston Music Academy Exchange Fellowship.Joshua attended the National Orchestra Institute in 2017 and recorded a Grammy-nominated album with Naxos.

Joshua began his music studies with Mark DeMio before joining the Young Artist Program at the Cleveland Institute of Music as a student of Barrick Stees. During his high school years, Joshua was principal bassoonist of the Cleveland Youth Wind Symphony and was a member of the Cleveland Orchestra Youth Orchestra and regularly performed in Severance Hall. Joshua has also performed on NPR’s From The Top and was selected to receive the Jack Kent Cooke Young Artist Award.