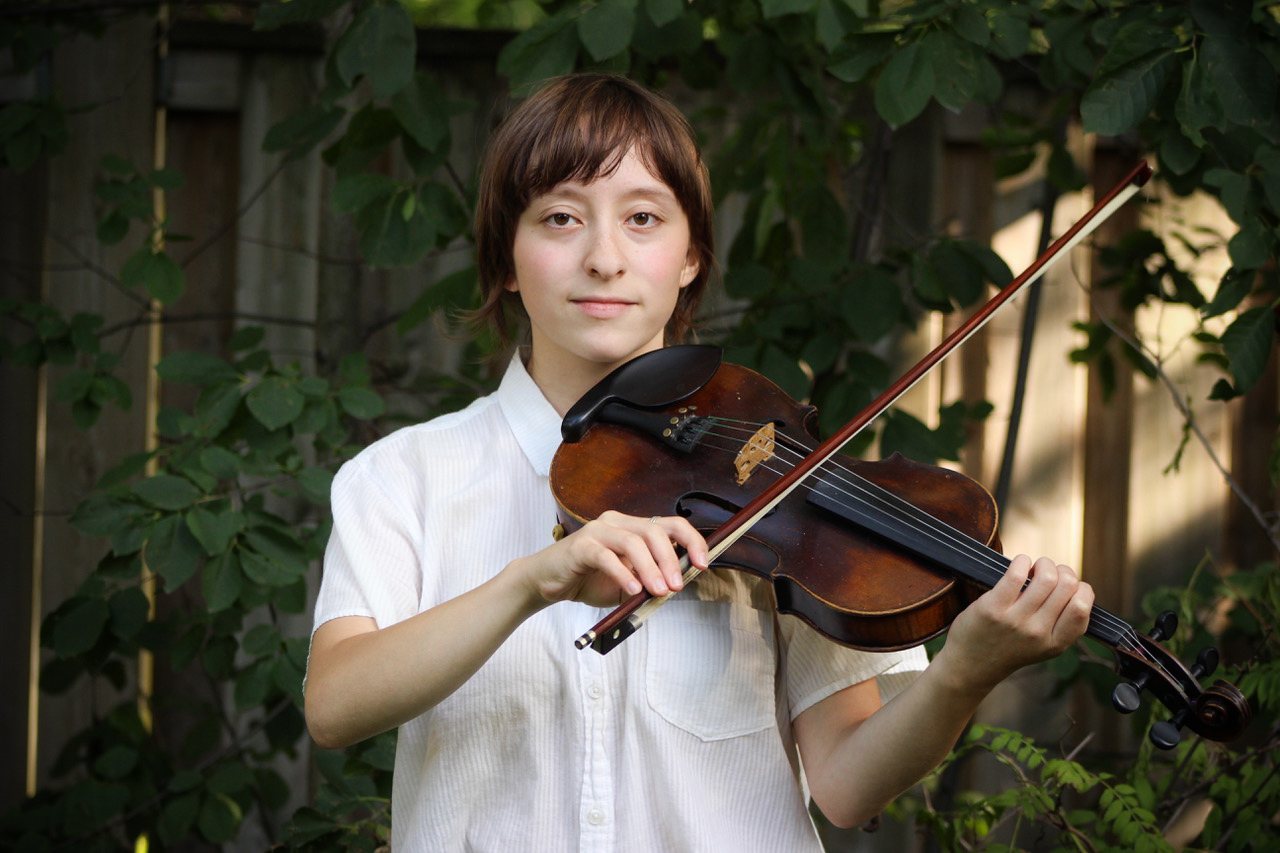 Toronto born Keilan Aplin happened upon Old-Time music in her second year of high school, and since became deeply entwined in the tradition. She was swiftly incorporated into the folk music scene in Dawson City, Yukon, during the winter of 2016, playing with locals Alex Hallbom and April Stainsby as Tin Can Stringband. The outfit opened for acclaimed artists such as Rae Spoon and Daniel Bachman, and made appearances on the local radio station CFYT.

Over the years Keilan has made connections with musical peers and idols at festivals around the United States, and has shared the stage with Old-Time greats such as Nadine Landry and Sammy Lind, Travis Stuart, Foghorn Stringband, Eli West, and Chris Coole.

She has been mentored by fiddler Sammy Lind of Foghorn Stringband since 2017, regularly visiting him and Nadine Landry at their home in Gaspesie Quebec. In 2018 Keilan studied Norwegian folk music on the hardanger fiddle in Rauland, Norway, as a student of Ånon Egeland and Laura Ellestad.

Keilan’s repertoire consists primarily of Old-Time melodies, though she concurrently branched into Irish and Norwegian fiddle traditions since beginning on the fiddle. She has an anchored, subtly expressive approach to fiddle and banjo, inspired by the likes of Morgan Sexton, Lee Stoneking, and the Hammons family. She is interested in identifying the particularities of older and modern musician’s playing styles - paying special attention to phrasing and other expressitivities communicated through the bow.

Her recent interest is the music of composer Catherine Lamb, who’s “glacially” slow microtonal compositions has inspired in Keilan a more restrained approach to making sound that allows for various acoustic phenomena to come to the fore. This methodology carries over to her teaching, where Keilan strives to create an encouraging atmosphere, and help students realize their musical goals, while emphasis is placed on strengthening student’s abilities to learn by ear.