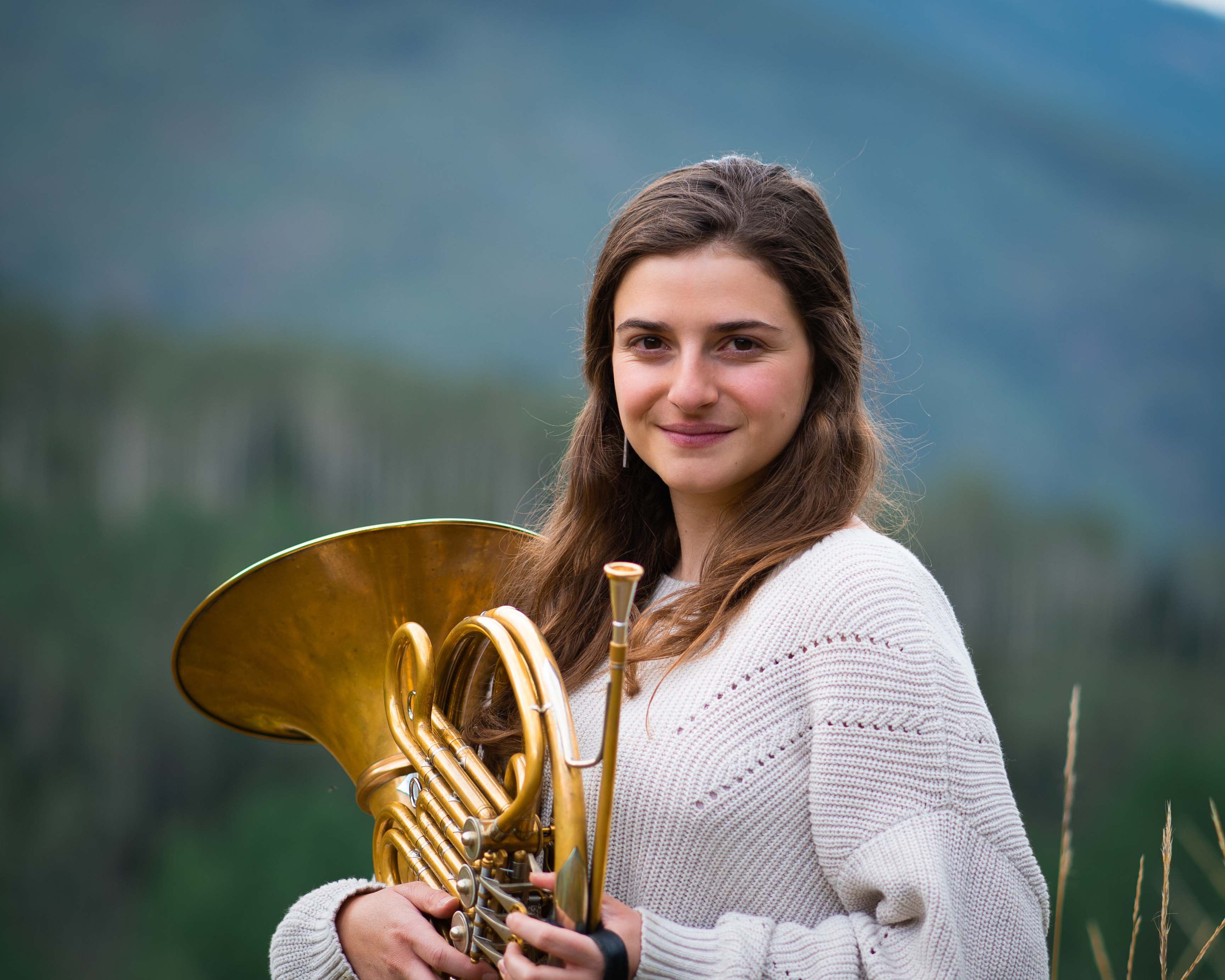 From Fredericksburg, Virginia, Lauren Anker was recently appointed to the position of third horn with the National Arts Centre Orchestra in Ottawa, Canada. In 2021, she completed a master’s degree at Rice University’s Shepherd School of Music studying with William VerMeulen. She holds degrees from Oberlin College and Conservatory in Horn performance and history, where she studied under former St. Louis Symphony principal horn Roland Pandolfi.

Anker’s past festival experience includes four summers at the Aspen Music Festival and School, where she received a John N. Stern Scholarship for Students of the Oberlin Conservatory of Music fellowship for 2018 and 2019. She has also attended the National Orchestral Institute, the Colorado College Summer Music Festival, and the National Symphony Orchestra’s Summer Music Institute. She has occasionally joined the horn sections of the Houston Symphony and Dallas Symphony Orchestra, and has performed a variety of orchestral and contemporary works in venues such as Chicago’s Symphony Center, Carnegie Hall, Toronto’s Roy Thompson Hall, the Brooklyn Museum of Art, and the Cleveland Art Museum. At the Shepherd School, she was a founding member of Kodan Quintet and was named a 2021 Performance Today Young Artist in Residence.

Anker joined Virtu Academy in 2018 as a horn instructor while at Oberlin, and maintains a small studio of middle and high-school students. She has presented horn classes at the Manhattan School of Music and, alongside the NACO horn section, at the University of Ottawa.