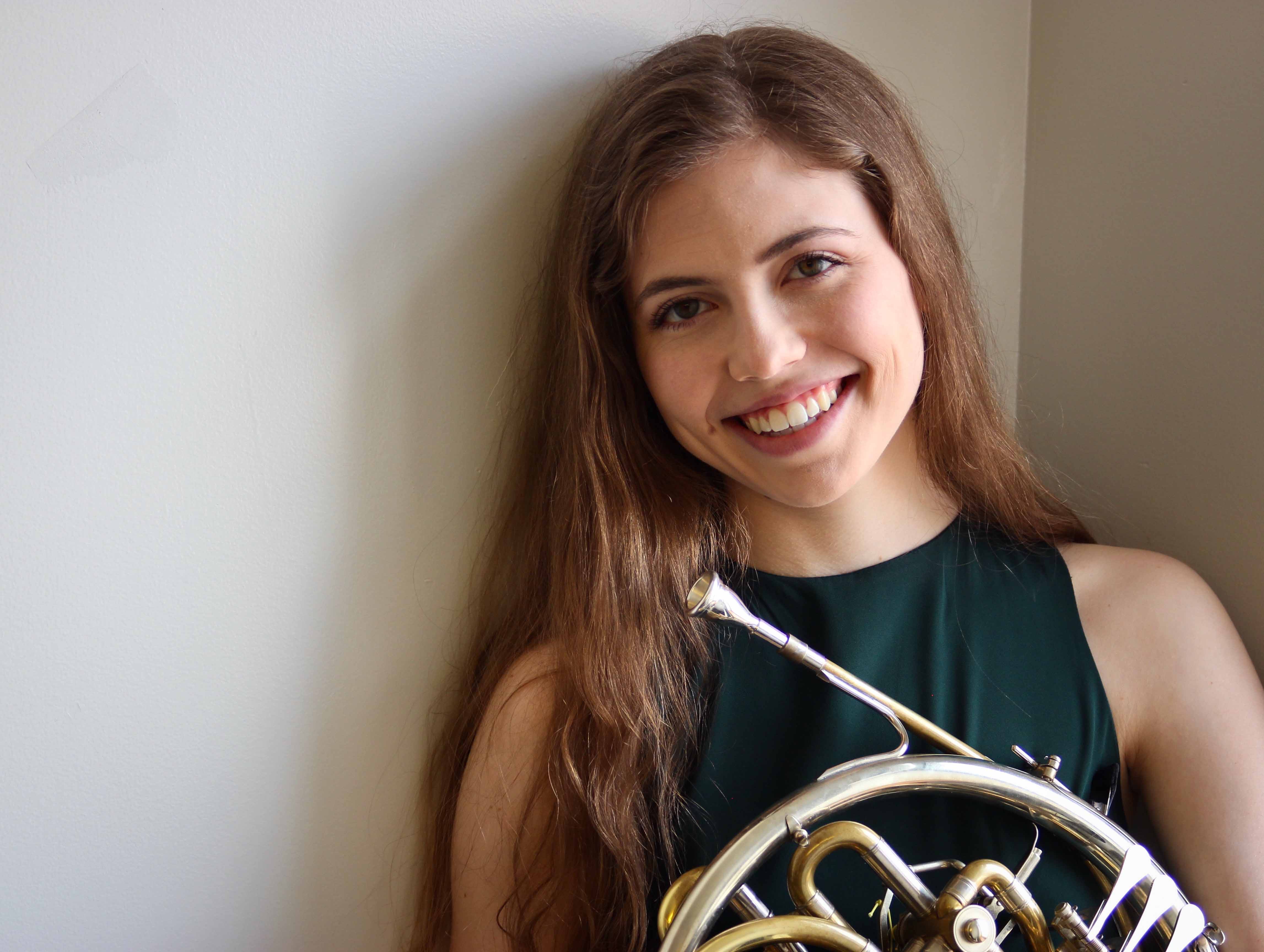 As an active performer and lifelong student, hornist Liana Hoffman is dedicated to furthering herself and the overall community through music. She believes that studying a musical instrument, no matter the level, should be a wholly positive experience that not only carries immense social, emotional, intellectual benefits, but is also FUN!

‍
Liana is currently pursuing her master’s degree at Rice University’s Shepherd School of Music where she studies with Principal Hornist of the Houston Symphony, William VerMeulen. She recently graduated from the Manhattan School of Music (MSM) where she studied with former Second Hornist of the Metropolitan Opera, Michelle Baker. In her last year at MSM, Liana was named the winner of the Eisenberg-Fried Concerto Competition and looks forward to performing as a soloist with the MSM orchestra whenever live performances are possible again!

‍
Her music festival experience includes holding fellowships to the Aspen Music Festival and School, the Music Academy of the West, the Sarasota Music Festival and a principal position with the New York String Orchestra Seminar, where she performed in Carnegie Hall. Liana is also a substitute musician with the New World Symphony and has performed as an extra hornist with the London Symphony Orchestra.
A native of South Florida, Liana gained teaching experience as an instructor for local middle and high school horn sections and at various band camps, while also maintaining several private students. Her passion for teaching carried into her time studying in New York City as Liana performed numerous educational outreach programs at public schools, and retirement homes, while also acting as a section coach with the Manhattan School of Music Precollege Orchestras.