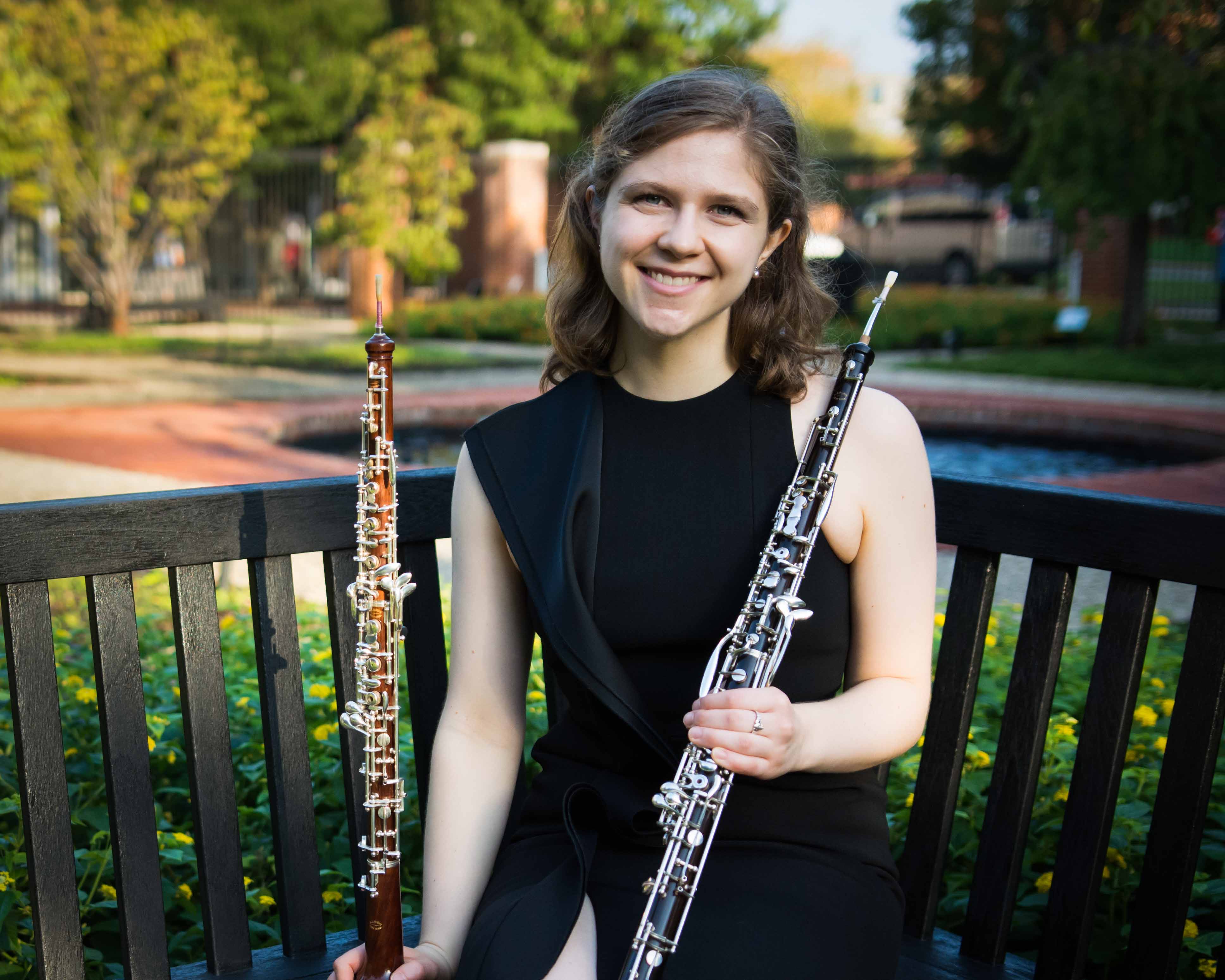 Oboist and optimist Dr. Lydia Consilvio is the Visiting Lecturer of Oboe at the University of Oklahoma. This position includes performing as a member of the resident faculty quintet, the Oklahoma Woodwind Quintet. An avid chamber musician, Lydia has appeared with ensembles on the Millennium Stage at the Kennedy Center, the Fischoff Competition, the Norfolk Chamber Music Festival, and the Avaloch Farm Music Institute. She and her quintets have commissioned works by composers including Jon Steinmetz and Michael Laurello. As a member of a band called Classically Dope, an ensemble that fuses hip-hop and classical music featuring rapper Konshens the MC, Lydia performed at the Anthem in D.C. and opened for Yo-Yo Ma and Esperanza Spalding in an outreach concert.
‍

Lydia played oboe and English horn on the Naxos recording of Hannah Lash’s Requiem, and performed the Albinoni double-oboe concerto alongside now retired Roger Cole of the Vancouver Symphony at the Pacific Region International Summer Music Academy in British Columbia. She has also played with the Annapolis (MD) Symphony and Rochester (NY) Chamber Orchestras. Parts of her recording of Pasculli’s “Le Api” were played on BBC Radio 3 — Between the Ears in an episode called “Telling the Bees” in 2021.

‍
Lydia holds oboe performance degrees from the University of Maryland (DMA), Yale University (MM), and Eastman School of Music (BM). Her primary teachers include Mark Hill, Stephen Taylor, and Richard Killmer, respectively. Lydia was a member of the Fellowship Wind Quintet for two years at the University of Maryland (UMD). Her dissertation is a 150-page arrangement and professional recording of three of J.S. Bach’s keyboard partitas for double reed quartet. She and her colleagues, including faculty members at UMD, were invited to perform these arrangements at the International Double Reed Society conference in 2020.

Lydia served as the Marshal for the Master of Music candidates at her Commencement from Yale in 2017. She received an Arts Leadership Certificate and graduated as a Rogers Scholar from Eastman with high distinction in 2015. Her arts leadership work included an internship with Cordancia Chamber Orchestra, for which she was interviewed by National Public Radio.

Lydia plays on Laubin instruments, a rosewood oboe and a grenadilla English horn. Her instruction style is spirited, open-minded, and accessible.