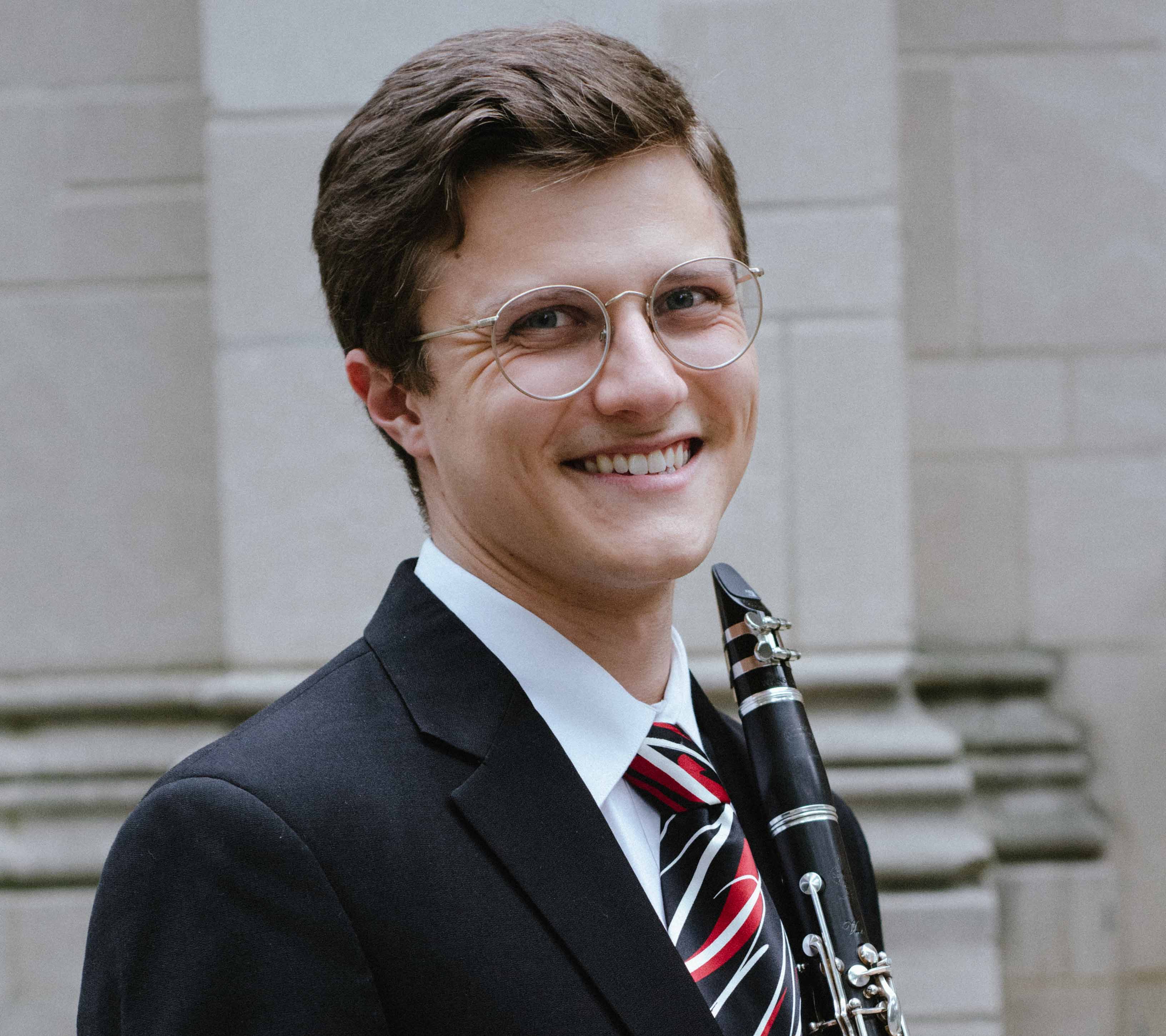 Hailing from Philadelphia, Max Reese is currently an in-demand freelancer and educator in the Chicago area. He is currently an associate member at the Civic Orchestra of Chicago, and a frequent substitute with the Milwaukee Symphony. He completed a master’s degree under the tutelage of Stephen Williamson, principal clarinet of the Chicago Symphony Orchestra. Prior to that, he received a bachelor’s in music from the Oberlin Conservatory studying with Richard Hawkins, and has additionally studied with Charles Salinger. At Oberlin, he was selected as a musician for the Oberlin Orchestra’s tour to Carnegie Hall in 2019 under the direction of Raphael Jimenez. He has played under the baton of Edo de Waart, JoAnn Falletta, Ken-David Masur, Matthias Bamert, Keith Lockhart, Tim Weiss, Marcelo Lehninger, Yaniv Dinur, Cliff Colnot, and many others. He has additionally been a fellow at the Round Top Festival Institute and the Brevard Music Center. As a chamber musician, his groups have won Oberlin’s annual Orientation Recital and Oberlin’s Danenberg Honors Recital. Reese’s wind quintet has also been heard on WCLV 104.9, Cleveland’s classical music radio. An advocate for new music, Reese is a member of Rhythm Is Image, a new music initiative that explores the intersection of sound, medium, and concept in music. Reese is an active educator and has a studio of clarinet students ranging from the ages of 7 to 65. He is a founding teacher at Virtu.Academy, and is a teaching artist at the DePaul Community Music division, where he teaches clarinet in school districts throughout the Chicago area.