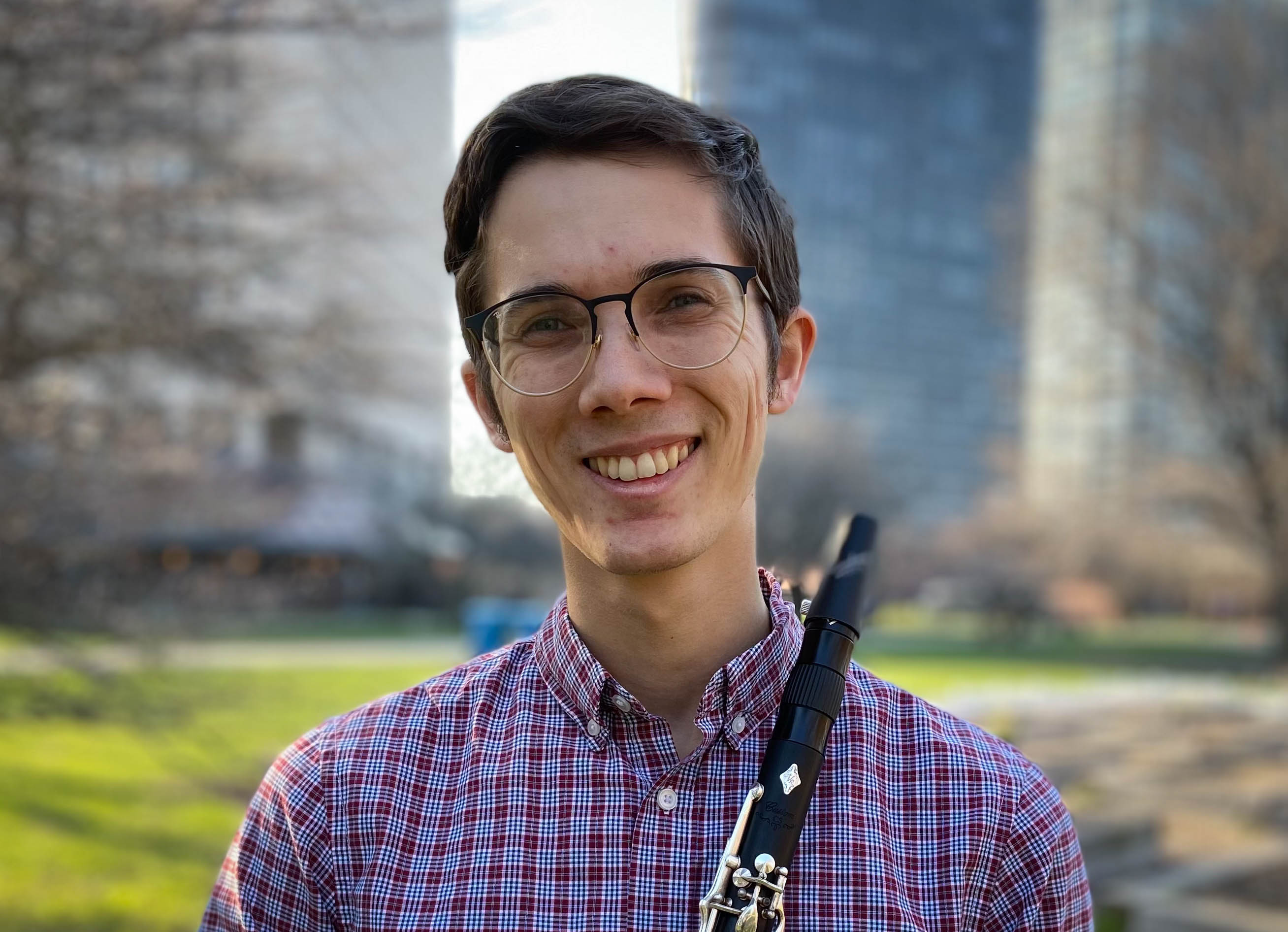 Clarinetist Michael Thompson brings modern energy to the performance of classical music. Currently in his second year of graduate studies at DePaul University, Michael eagerly looks forward to what will come next in music and in life.

Though having grown up in Petersburg, KY, Michael has been a member of groups across the nation, including the Civic Orchestra of Chicago (Chicago, IL), the University of North Texas Wind Symphony (Denton, TX), and as a two-time apprentice in the Hot Springs Festival Orchestra (Hot Springs, AR). Michael can be heard performing soprano, bass, contra-alto, and contrabass clarinets on recordings by the North Texas Wind Symphony and the Lone Star Wind Orchestra.

As a finalist in the 2019 George Papich Chamber Music Competition Competition, recipient of the UNT Excellence in Chamber Music Award, and participant in the 2020 Fresh Inc contemporary music festival, Michael has had an equally varied career in chamber music. Michael continues to seek out new performance opportunities, venues, and groups.

With interests stretching outside of the realm of classical music, Michael performed for two years with the UNT Chinese Music Ensemble, playing dizi (bamboo flutes), sheng, and Beijing Opera-style percussion. He holds a minor in Spanish from the University of North Texas.

Not only an accomplished performer, Michael served as an Undergraduate Research Fellow at the University of North Texas, was a finalist for the UNT College of Music’s 2018 Presser Undergraduate Scholar Award, and is a recipient of the National Merit Scholarship.