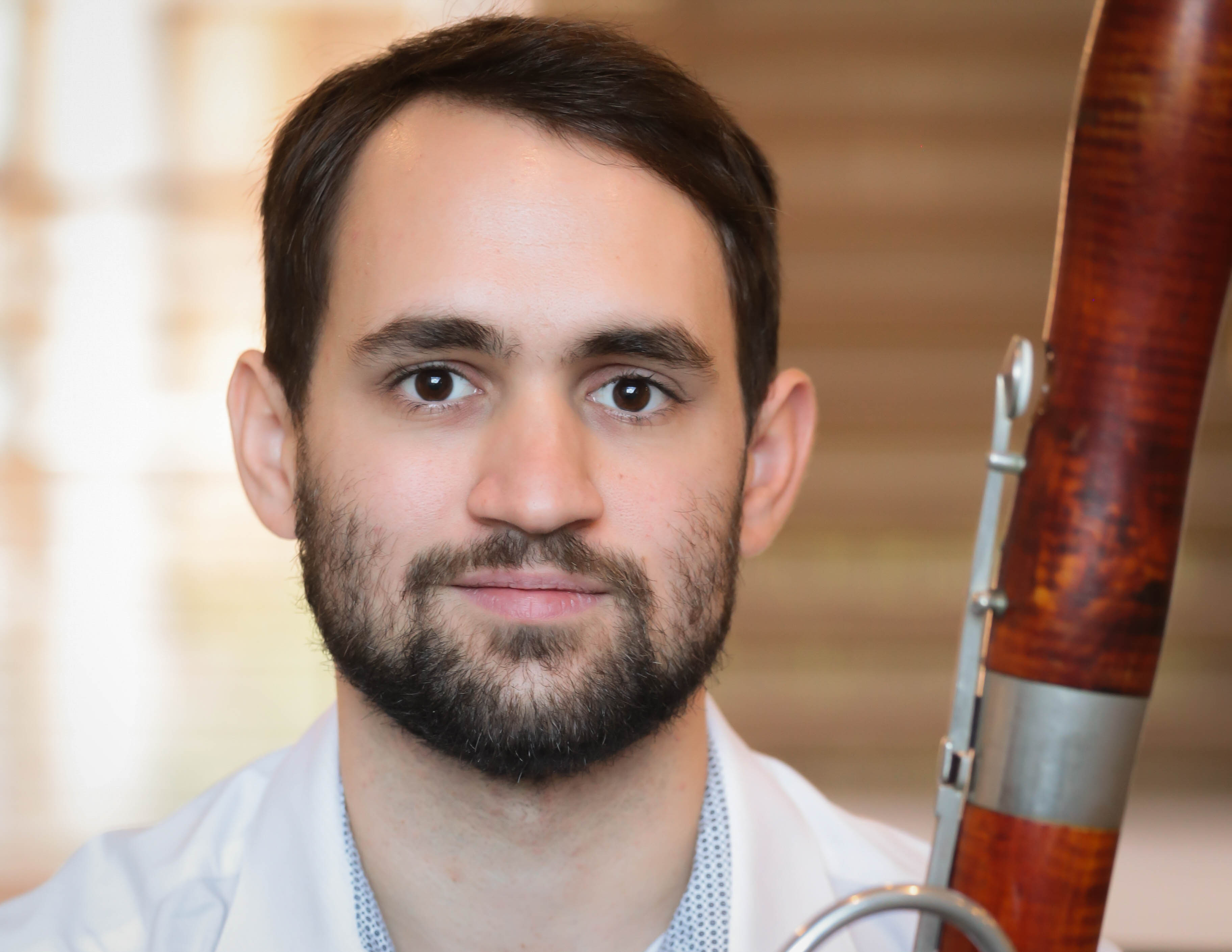 Nik Hooks has enjoyed a varied career as a chamber, orchestra, and solo performer, having concertized in renowned venues such as Walt Disney Concert Hall, the National Concert Hall of Ireland, and Boston’s Symphony Hall. In 2019, he won the Principal Bassoon position with the Billings Symphony Orchestra and was the grand prize winner of the Sherman Walt Merit Award Competition. He is an artist member of Music for Food, a musician-led initiative to fight hunger in our home communities. Nik has had opportunities to train with esteemed pedagogues of major orchestras, including Judith Leclair of the New York Philharmonic and Sue Heineman of the National Symphony Orchestra. He holds a Performance Studies Certificate from The Colburn School and a Bachelor of Music from the New England Conservatory. His primary teachers include Richard Beene, Richard Svoboda, and Rick Ranti. Additional training with Tom Novak, Ashley Heintzen, and Randy Doo.