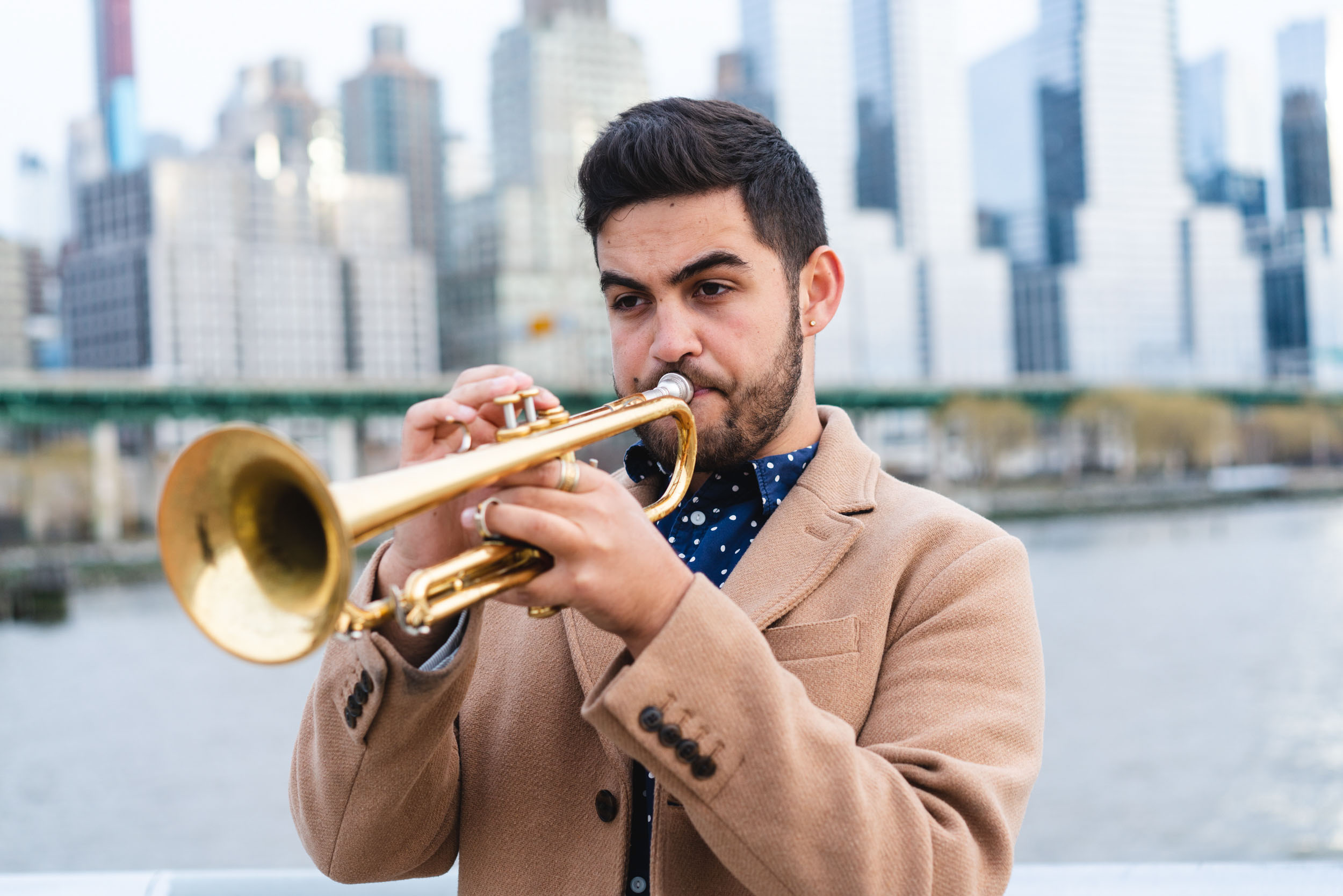 Noah Halpern is a trumpet player, composer, bandleader, and educator based in Brooklyn, NY. Growing up in Seattle, WA, Noah began playing piano at the age of 5, before switching to the trumpet at 10. Noah continued to develop his passion for music at Roosevelt High School, where he was selected to be a member of the Next Generation Jazz Orchestra, the Brubeck Jazz Colony, and was a participant at the Essentially Ellington Jazz Festival. He received the “Waldo King Most Inspirational Award” from his high school upon graduation.

Since moving to New York in 2014 to attend The Juilliard School (Bachelor of Music ’18, Master of Music ’19) Noah has been fortunate to play all around the city at venues including Dizzy’s Club Coca Cola, Smalls Jazz Club, and The Blue Note. Noah has toured around the U.S., Europe, Japan, and Australia, playing at festivals including Umbria Jazz Festival, Jazz a Vienne, The Monterrey Jazz Festival, The Nagoya Jazz Festival, and Generations in Jazz. In 2017, he performed in Rose Theater as a part of Wynton Marsalis' handpicked group of young musicians to pay tribute to Count Basie and Duke Ellington. More recently, his group was featured in the virtual Festival of New Trumpet Music of 2020. He has shared the stage with a variety of notable artists including Kenny Barron, James Morrison, The Jazz at Lincoln Center Orchestra with Wynton Marsalis, Lil Buck, Kassa Overall, and Paul Anka. As a composer, Noah has written music for dance ensembles, big bands, music videos, and his own project, the Noah Halpern Quartet. Noah has been teaching since his high school days and specializes in trumpet technique, improvisation, jazz repertoire, and composition. Along with private study, he also has given masterclasses and workshops across the U.S.