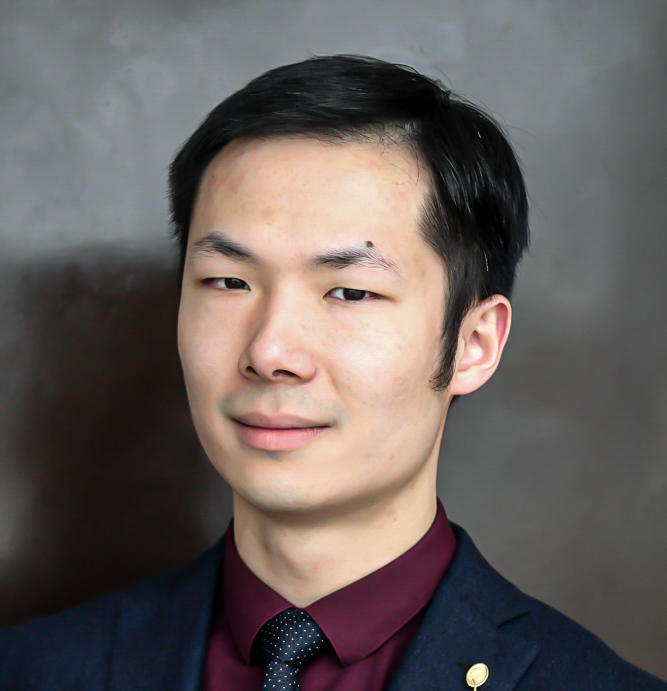 Soloist, Collaborative pianist, Conductor and Composer Qiyun Dai was born in 1991 in China. He began playing piano at the age of 3. In 2000, he began his studies with Manchun Chen, with whom he continued to study at both the Primary Music School and the Middle School attached to the Central Conservatory of Music in Beijing.

During his studies at the Middle School, he won top prizes in competitions such as the Steinway Piano North China Regional Competition, the National Xinghai Cup Piano Competition, and the 2nd National Youth Piano Competition. He performed the piano demonstrations for the most recent CD and DVD published by the Universal Audio and Video Company in Classical Tutorial for Piano. He received consecutive first-prize scholarships from the school and repeatedly won the Best Accompanist Award in contests organized by the Central Conservatory of Music.

While in high school, Qiyun gave many performances, including “The Call of the Heart, Love of Music” charity concert jointly organized by the China Association for Life Care and the French Embassy, “The Dream Tour” concert in June 2009, and the 12th Beijing International Music Festival.

Qiyun gave several piano recitals in New Jersey at the beginning of 2010. Later that year, he began his studies at the Central Conservatory of Music under the tutelage of Professor Ying Wu. He was a full-scholarship student.

At the beginning of 2012, he participated in the Professional Conference on Piano Education in Shanghai where he was well received. He gave a recital in the Ordos Grand Theater and in the Long River Music Festival held in YiChang. In the same year, his piano trio Senso, coached by Professor Jiajia Shi, gave numerous concerts all over China. In 2013, the Senso Trio was selected by the ASIA-PACIFIC chamber music competition in Melbourne, where its performances were highly acclaimed. Later in the same year, the Senso Trio won the second prize in the Shanghai Conservatory of Music Chamber Music Competition.

Qiyun Dai is now pursuing his Master’s degree at Northwestern University’s Bienen School of Music with Professor Alan Chow as a full merit scholarship student. His other mentors include Dr. Sylvia Wang, Dr. Marcia Bosits, Dr. Stephen Alltop, and Maestro Victor Yampolsky. During his studies, his performance experiences ranged from solo and chamber to collaborative and orchestral piano playing. He was prize winner of the Northwestern University Concerto/Aria and Thaviu-Issak Scholarship competitions.

Qiyun's experiences have also helped him become a responsible, creative, and effective pedagogue. He formed his own private piano studio at the age of 16, and taught 18 hours per week while completing high school. During his two-year master's program at Northwestern University, Qiyun actively participated in the Piano Pedagogy Program. He designed curriculum for and taught class piano for college students, and prepared advanced piano students for juries and recitals. Qiyun's commitment to teaching will be a vital part of his future as a pianist.