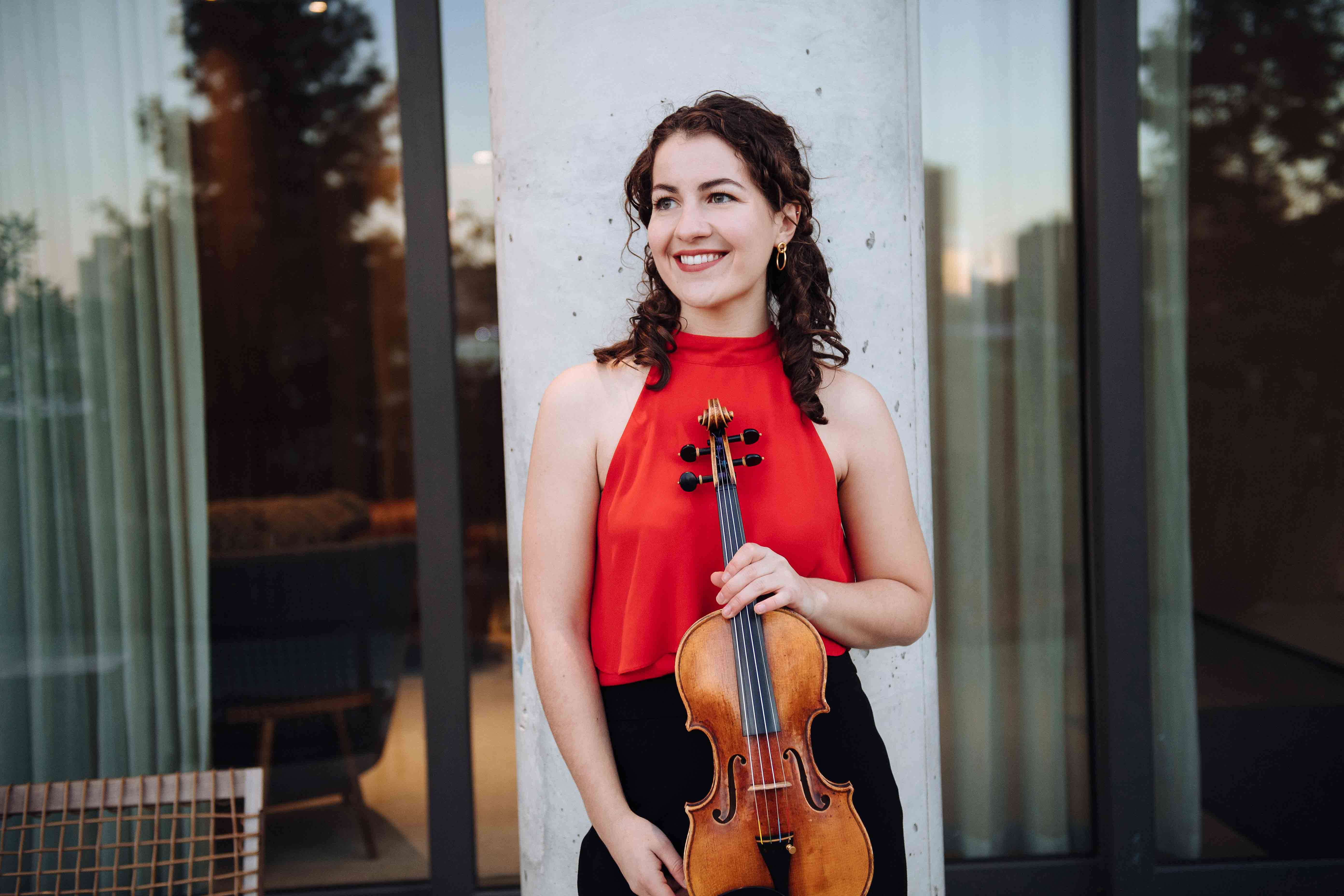 Icelandic-Slovenian violinist, Rannveig Marta Sarc, is increasingly recognized as a versatile and dynamic musician.  Her performances include music ranging from 17th century Baroque to the cutting edge repertoire of the 21st century, as well as exploring the world of pop music and improvisation.  An enthusiastic traveler, she has performed as soloist and chamber musician throughout Europe, North America and Asia.

Born into a musical family, Rannveig made her solo debut at age 14 with the Iceland Symphony Orchestra.  She has since appeared as soloist with the Slovene Philharmonic and Iceland Youth Symphony orchestras, among others. As a chamber musician, she has performed at festivals in Ravinia, Taos, Prussia Cove and was invited into Juilliard’s selective Honors Chamber Music Program.

Rannveig has worked with students aged 5-30, from beginning to advanced levels. She has been teaching private violin lessons for 5 years and was a teacher in the P.A.L.S. program at the Aspen Music Festival and School.

Rannveig is passionate about community engagement and recently held musical workshops at Lenox Hill Women’s Mental Health Shelter with the Athena String Quartet.  Most recently, she has been performing one-on-one live-streamed concerts through a video platform to COVID-19 patients located in ICU units around the United States, as part of a non-profit organization Project: Music Heals Us.

Rannveig holds Bachelor and Master of Music degrees from The Juilliard School, where she was a proud recipient of a Kovner Fellowship.  Her teachers include Catherine Cho, Laurie Smukler and Donald Weilerstein, as well as Robert Mealy on baroque violin.