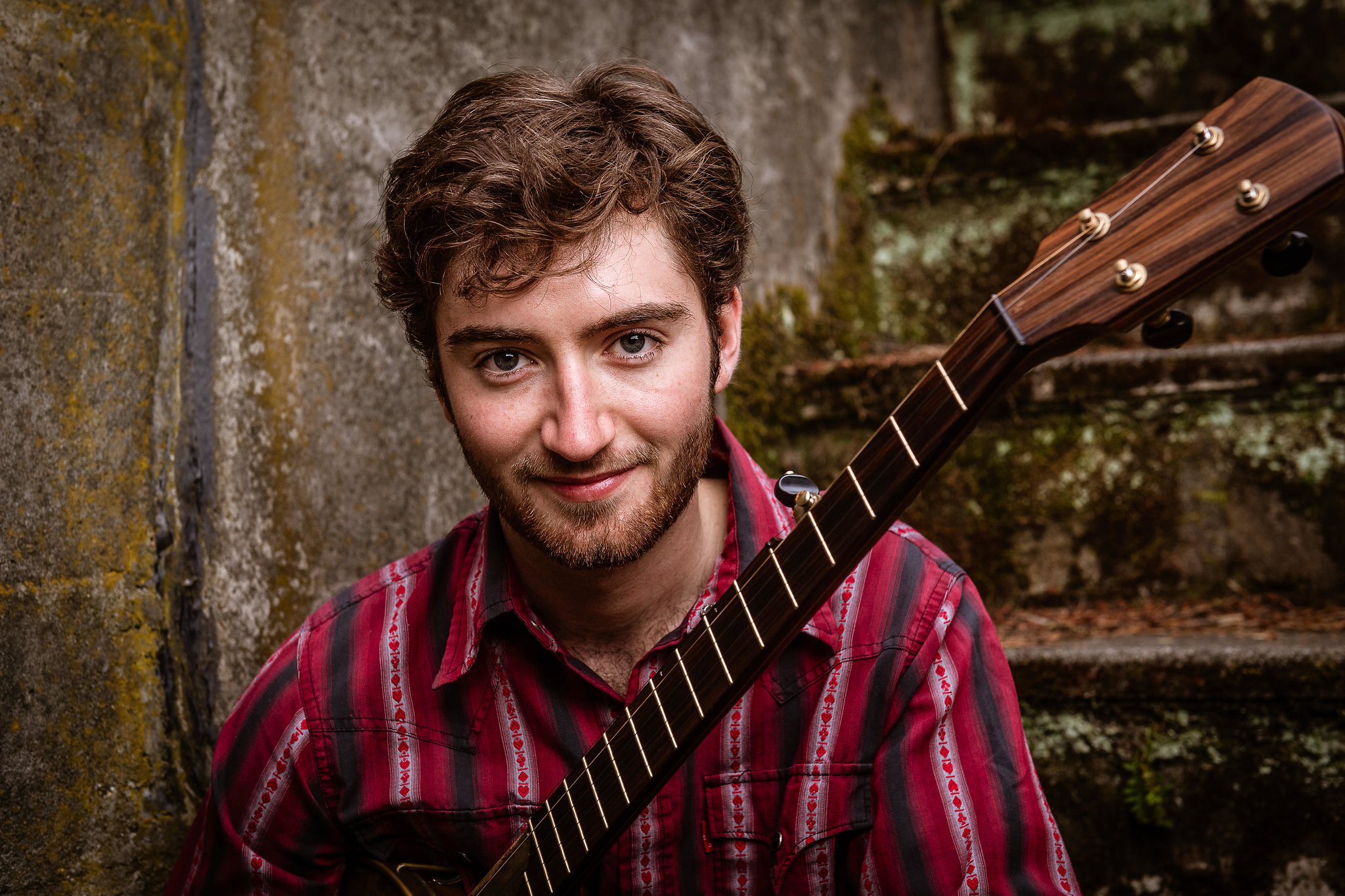 Riley Calcagno, one of the brightest talents in American roots music today, has been immersed in traditional music from an early age. Originally from Seattle, he grew up at festivals around the Pacific Northwest learning fiddle directly from old masters of the style. He now feels at home on banjo, guitar, mandolin, and voice as well and is a founding member of The Onlies, a band described as “masterful” and “deliciously well-crafted” (Kithfolk) on the forefront of a new generation of traditional acoustic string music. The Onlies were the 2017 winners of the Appalachian Stringband Festival in Clifftop, WV. In 2018, they released a collaborative record with John Herrmann and Meredith McIntosh as the band The Ruglifters. In October of 2020, they released their record THE ONLIES, produced by Caleb Klauder.
In addition to The Onlies, Riley performs with Vivian Leva. Together they have toured across Canada, the US, and the UK and performed at festivals such as Pickathon and Wintergrass. Vivian’s record Time Is Everything (feat. Riley Calcagno) has received wide critical praise since its release in early 2018. Rolling Stone Country wrote that it “shines a light on the past without giving up its place in the present” and Wide Open Country called the record “a triumph of lyricism and musicianship.”

As a classical player, Calcagno has performed alongside Ludovic Morlot and the Seattle Symphony as Concertmaster and performed in master classes for Joel Krosnick and Richard Aaron. He was a member of Seattle’s new music ensemble Scrape, founded by James Knapp, Eyvind Kang, and Bill Frisell. He is a graduate from Oberlin College & Conservatory.