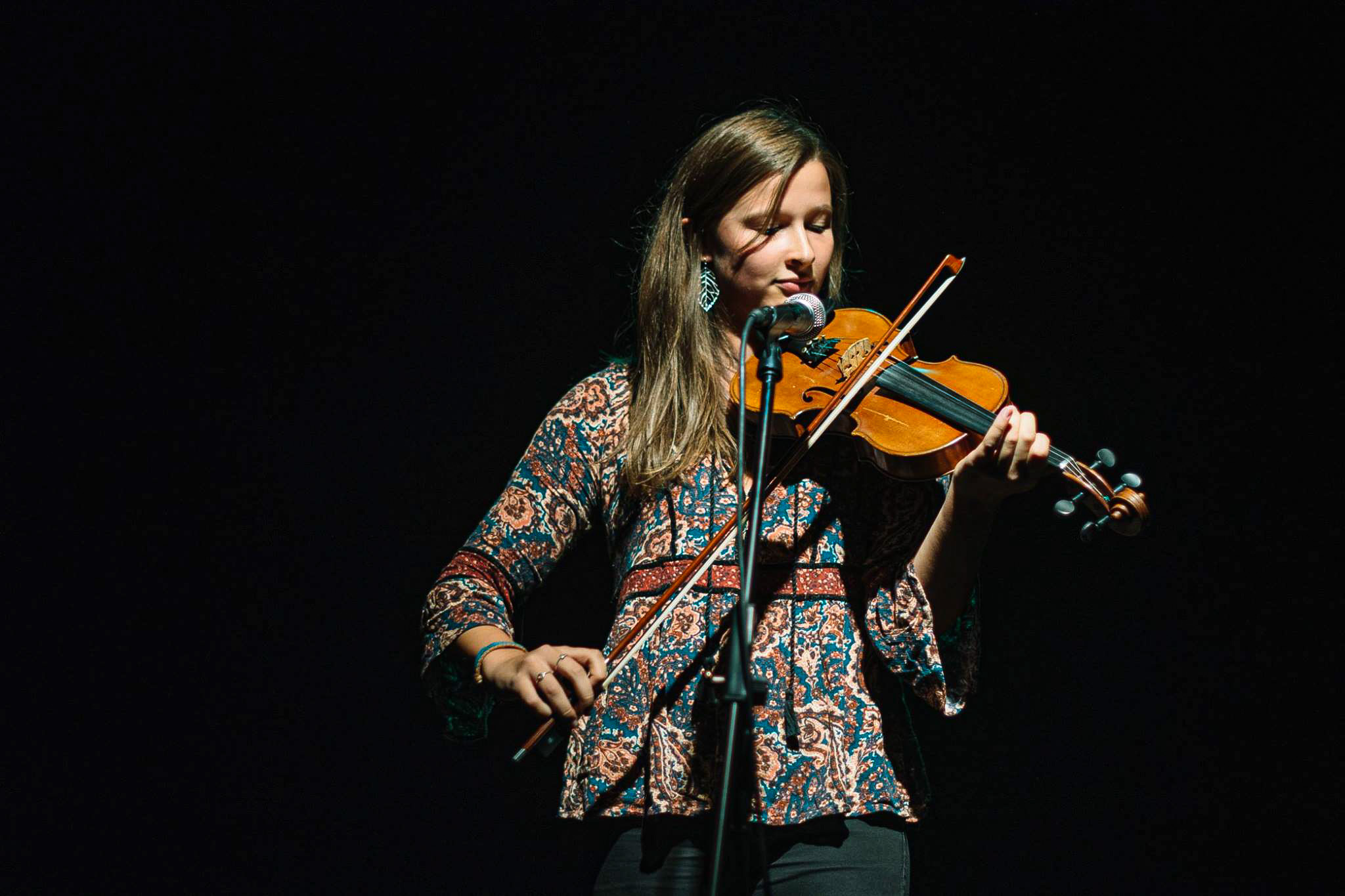 Sami Braman has been playing the fiddle since she was 6 years old, coming up amid the music festivals and jamming communities of the Pacific Northwest’s vibrant traditional Old-Time music scene. Under the instruction of fiddle tradition-bearer Ruthie Dornfeld, she studied both classical and fiddle music. At 8 she and her long-time musical buddies Leo Shannon and Riley Calcagno formed The Onlies, which plays at festivals and gigs around the country and whose traditional old-time sound they further refined in 2016 with the addition of acclaimed folk musician Vivian Leva.

The Onlies have released an EP and three full-length albums, and performed on stages at the Northwest Folklife Festival, the Berkeley Old-Time Music Convention, the Delaware Valley Bluegrass Festival, Colorado Rockies Old-Time Festival (CROMA), and the Portland Old-Time Gathering. In 2017, The Onlies won first place at the Clifftop Appalachian String Band festival’s prestigious Traditional Band Contest and returned to perform there in 2018. In Asheville, NC they recorded an album,"The Ruglifters," with old-time music heroes John Herrmann and Meredith McIntosh, released in 2018. That group just won first place in Clifftop’s 2019 Traditional Band Contest.

Sami is a buoyant, intuitive, and versatile fiddler who values deep understanding of the stories behind the tunes and seeks inspiration from historically marginalized artists.  She most frequently plays in the Old-Time, Cape Breton, and Bluegrass styles, but her enthusiasm extends in many directions, including Irish, Scandinavian, Scottish, and jazz. At Whitman College, where she graduated in 2020 in music and English, Sami performed regularly with Latin jazz guitarist Eddie Manzanares and jazz department head Dr. Doug Scarborough. Under the tutelage of classical violinist Dr. Amy Dodds, she presented a senior honors recital that tracked the origins of folk melodies across both classical violin compositions and fiddle tunes. Upon graduation she was awarded the Vinson Award for music excellence.

Sami now teaches and performs across the U.S., primarily with The Onlies (who just released a new eponymous record, produced by mandolin legend Caleb Klauder). She has appeared onstage alongside Laurie Lewis, Bruce Molsky, Elvis Costello, Darol Anger, Tatiana Hargreaves, Kristin Andreassen, Critter Eldridge, Cahalen Morrison, Eli West, Pharis & Jason Romero, Meshell Ndegeocello, and Altan. In her tune-writing, Sami melds creativity with tradition, producing a number of old-time tunes which have made their way into festival sessions across the country.  In her teaching, she brings positive engagement and a high standard that encourages and challenges students. To all her projects Sami brings joyful energy, a driving bow, and an abiding love for the traditional music community which formed her.