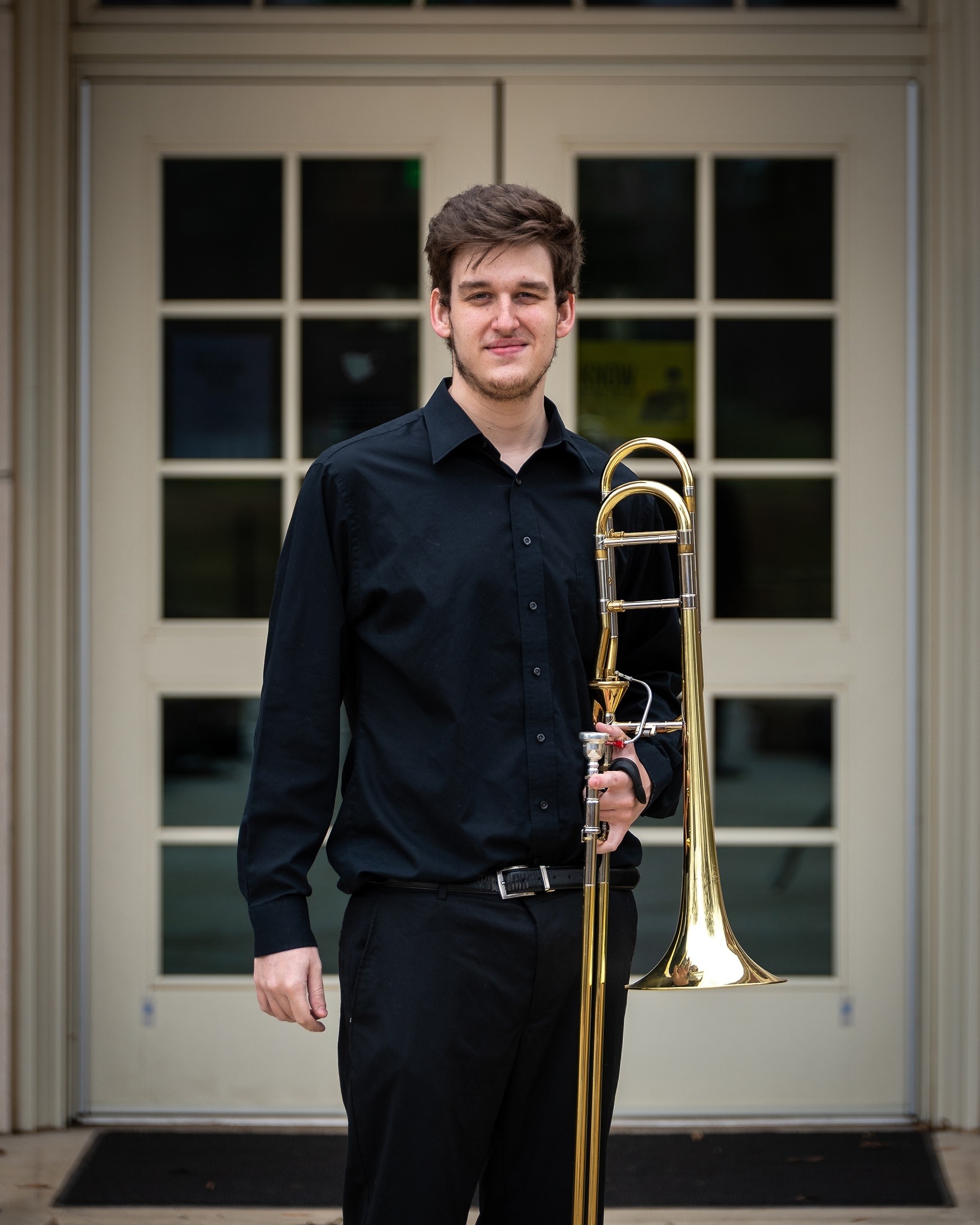 Stephen Whimple is currently a DMA candidate in Trombone Performance at the University of Alabama. At UA, Stephen serves as a faculty member teaching Introduction to Listening as well as a graduate teaching assistant for the musicology department and trombone studio. Prior to his studies at UA, Stephen attended The Juilliard School as an Irene Diamond Graduate Fellow, Morse Teaching Artist Fellow and Music Advancement Program Teaching Fellow. During this time, he was a student of Joseph Alessi, Principal Trombone of the New York Philharmonic. He completed his Bachelor’s degree in Music Performance, Summa Cum Laude, at The Crane School of Music at SUNY Potsdam, where he studied applied trombone with Dr. Mark Hartman.

Stephen is an alumnus of programs such as the Arthur Frackenpohl Honors Brass Quintet, the Third Coast Trombone Retreat, the Winter Trombone Workshop, the Texas Music Festival, the Hot Springs Music Festival, the Chautauqua Institution and the New York String Orchestra Seminar. As an orchestral musician, he has performed under the baton of conductors such as Edo de Waart, Matthias Pintscher, Itzak Perlman, Hanz Graf, Sir Mark Elder, Jeffery Milarsky and David Robertson. Stephen has been recognized in competitions sponsored by the University of Alabama Huxford Symphony Concerto Competition, the International Trombone Association, the American Trombone Workshop, the Big 12 Trombone Conference competition and the Crane School of Music Concerto and Chamber music competitions.

Students of Stephen at Virtu have placed in all-state Ensembles and youth orchestras. Outside of Virtu, his students have gone on to attend the Juilliard Music Advancement Program and Pre-College, the Crane School of Music at SUNY Potsdam and the University of Alabama. Students that reside in New York State have had continued success with NYSSMA scores of all levels.