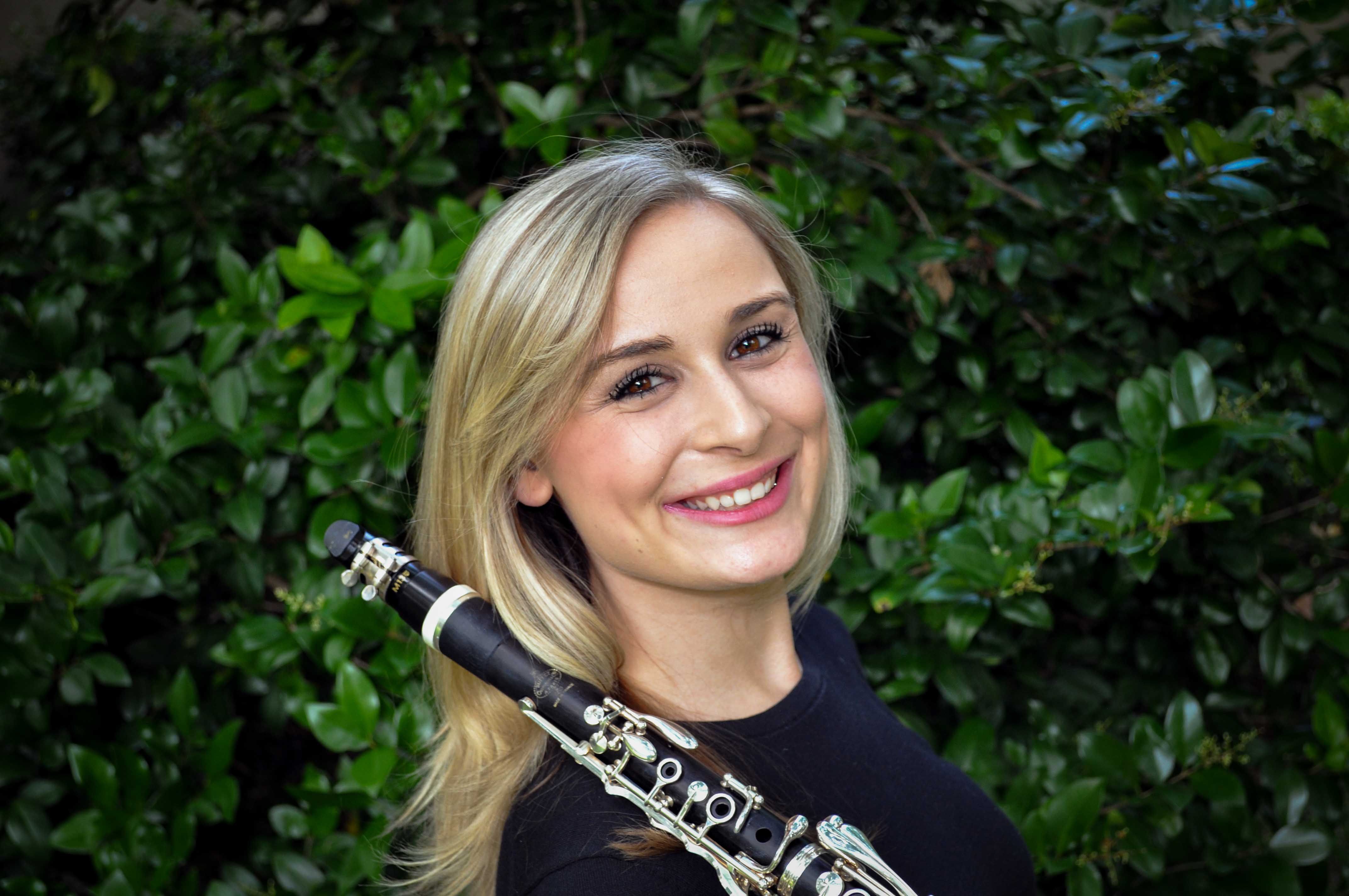 Award winning Clarinetist, Sydney Lusby, has performed in renowned venues around the United States including Carnegie Hall, Alice Tully Hall, Juilliard’s Peter Jay Sharp Theater, and the Meyerson Symphony Center in Dallas, Texas.   She was a 2nd place winner in the American Protege International Competition, resulting in a performance in Carnegie Hall.  Her chamber ensemble was selected to play in Juilliard's Chamberfest with the guidance of coaches Carol Wincenc and Nancy Allen.  The New York City Ballet invited Sydney to record a video for the Here/Now Series that continues to be used for promotional purposes.  For her Junior and Senior years of high school, Sydney attended Interlochen Arts Academy High School.  She graduated in 2015, receiving the school’s Fine Arts Award.  As a student at Interlochen, she performed in a wide variety of ensembles including chamber groups and orchestra.  While at Interlochen, Sydney studied clarinet with Alexander Fiterstein and Emil Khudyev.  She has received a Bachelor of Music Degree at The Juilliard School in New York City, studying with Anthony McGill and Jon Manasse.  In her free time, Sydney enjoys yoga and resides with her twin sister, Maddi.