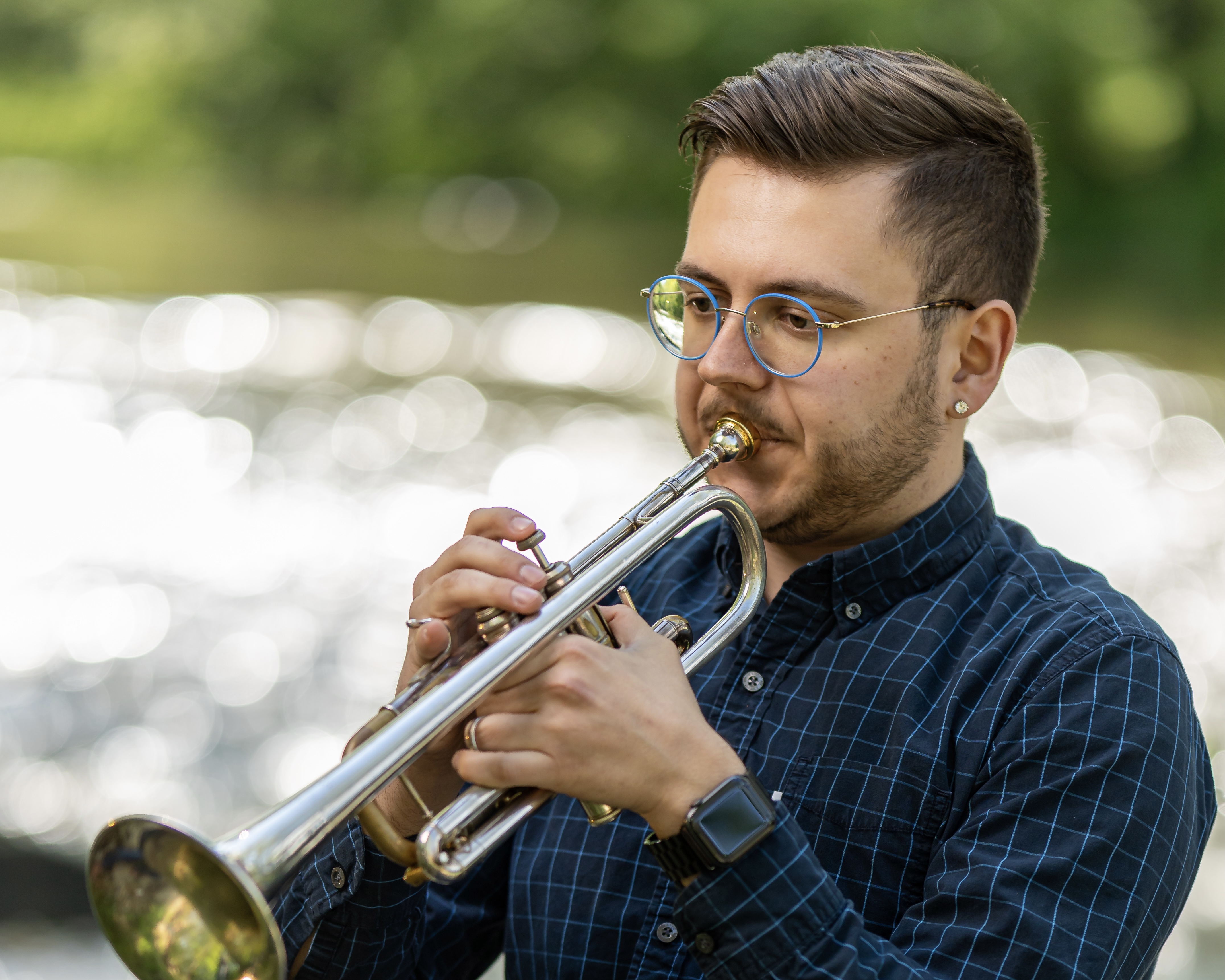 Wyeth Aleksei, originally from Laurel, Maryland, has had a multifaceted career as an orchestral musician, chamber musician, recording artist and educator. It all began when he decided to play the trumpet at the age of 9.  Then by the age of 15 he was performing “call to the post” at racetracks from Colonial Williamsburg to New York City.  He then took his skills and put them in the classroom.  Aleksei graduated from the Oberlin Conservatory in 2017 with a Bachelor of Music degree, and continued on at the Juilliard School to receive a Master’s of Music degree. His teachers have included Chris Martin, Mark Gould, Roy Poper, David Krauss, Ray Mase, Chris Gekker and Michael Sachs.

While in school, Aleksei participated in many summer festivals including the Aspen Music Festival and School, Eastern Music Festival, Marrowstone Music Festival, National Orchestral Institute and Festival, and the National Symphony Orchestra Summer Music Institute. While at the National Orchestral Institute, he participated in three different recording projects with Naxos Music Label, one of which was nominated for a 2019 GRAMMYⓇ Award. He also recorded with Oberlin Music Label, including Billy Drew’s Under One Sun and Yolanada Kondonasis’s Ginastera: One Hundred.  As an orchestral musician, Aleksei has been heard on legendary concert stages including Alice Tulley, Carnegie Hall, the Kennedy Center in Washington, DC, the Kimmel Center in Philadelphia, the Metropolitan Opera House, and Symphony Center in Chicago. He’s also been able to perform with some of the top orchestras including the New York Philharmonic, Metropolitan Opera, Richmond Symphony and Ballet, and others.

Aleksei has also been a very passionate teacher over the years. He’s has a private trumpet studio since 2013, and his students have included many trumpeters of all ages. His students have been accepted to local all-district band/orchestra and all state as well as summer music festivals. His students have also been accepted to music schools across the US including University of Maryland, and Rutgers University. Aleksei believes that all students are different and that all students should learn in whatever way best fits the student.