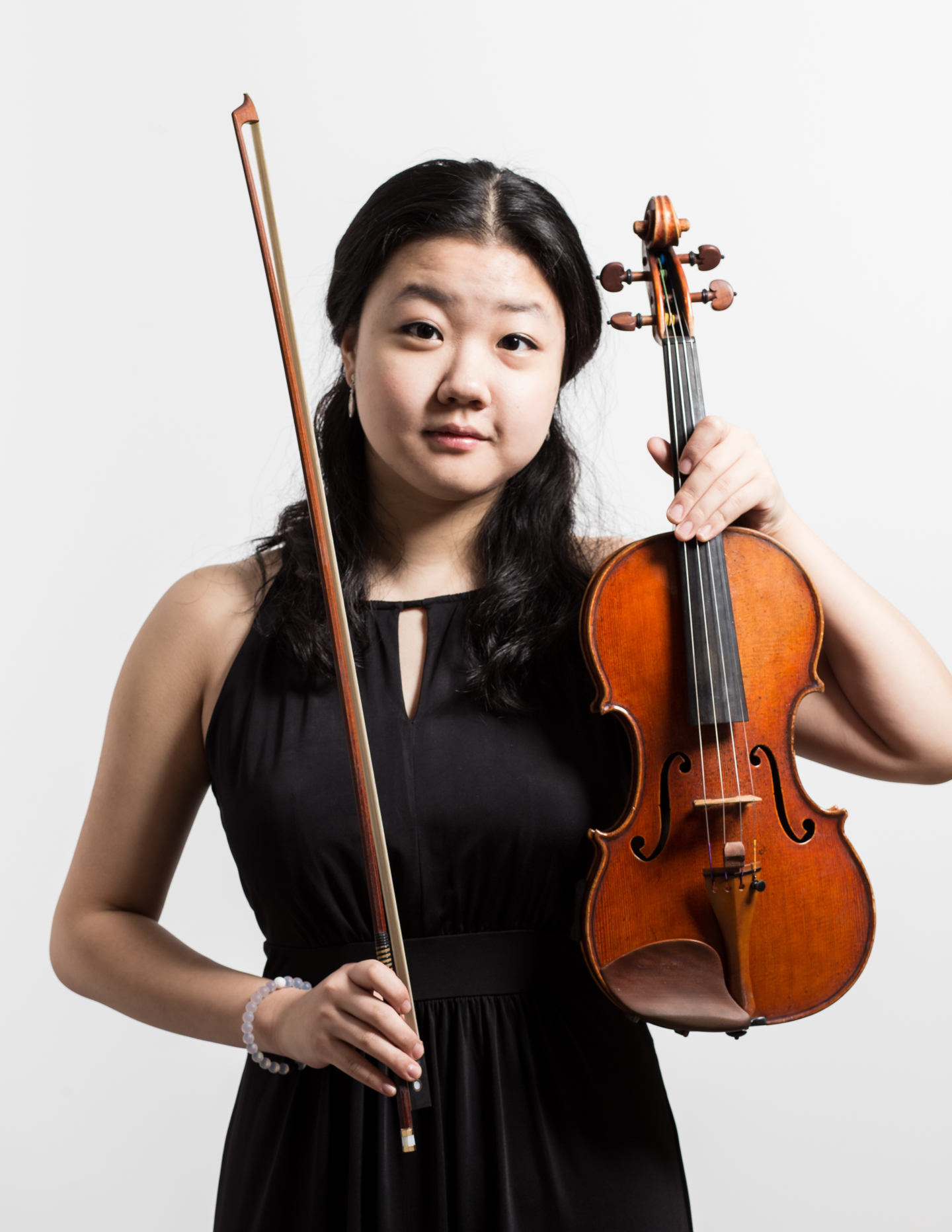 Yaegy Park was born in Houston, Texas, and has been recognized as a rising young violinist when she joined the Houston Young Artists at age 4, the foundation’s youngest member. Under the mentorship of Kyung Sun Lee, Yaegy was named a Jack Kent Cooke Artist, performing on NPR radio show, “From the Top” and won the Louis Spohr International Competition, the International Russian Rotary Children’s Music Competition, and the American Protégé International Competition.While attending the Pre-College Division of the Juilliard School, Yaegy won top prizes in competitions such as the International Virtuoso Competition, the YWCA New York Music Competition, the NY Chamber Players Competition, the Blount-Slawson Young Artist Competition, and most recently, the Stulberg International Competition. She has also been featured as a soloist with the Grand Rapids, Kalamazoo, Temple Symphonies and the Baltimore Chamber Orchestra. In 2015, Yaegy was a YoungArts finalist and had her Carnegie Hall debut with the Foundation for the Revival of Classical Culture (Ffrcc). In September, 2017, she gave a solo recital on the Chicago Cultural Center’s Dame Myra Hess Recital Series in Preston Bradley Hall. Currently, she appears regularly as a soloist in the “Bach to the Future” Concert Series hosted by Ffrcc.Yaegy is also an avid chamber musician, and has attended festivals such as Yellow Barn, Ottawa Young Artists Program, Music @ Menlo, Sejong International Music Festival, and Norfolk Chamber Music Festival. She has participated in community outreach projects in collaboration with Daniel’s Music Foundation. Starting in the fall of 2018, she has joined the CUNY Harmony Program as part of the string faculty.Yaegy is currently a second year MM student at Juilliard studying with Catherine Cho and Joel Smirnoff, and plays a Zygmuntowicz violin on loan by the Maestro Foundation. Her hobbies include cafe hopping and posting on her coffee/book blog, reading, and caring for her two pet turtles, Thing One and Thing Two.